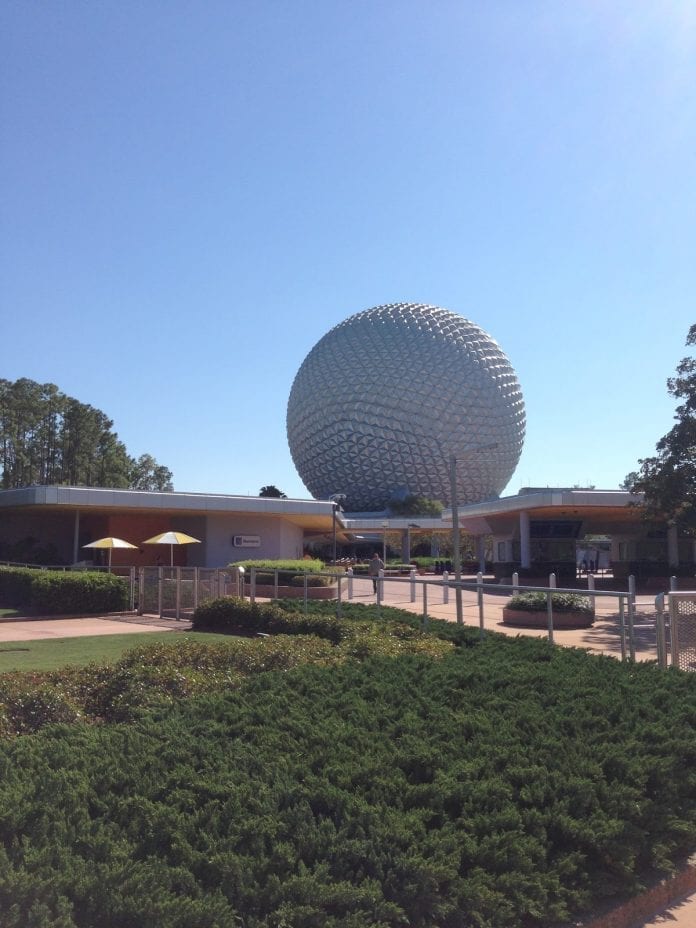 Bob Gurr’s One of a Kind Contemporary Resort Story That You May Have Never Heard!

by: guide4wdw – Collin
twitter: @guide4disney
instagram: @guide4disney
In the World of Disney Theme Park entertainment, we often witness the thrills of the attractions, the details of the experiences, and the outstanding memories these oh so special elements create. In doing so, many guests tend to overlook the history that brought many aspects of these parks to life and the pivotal role so many incredibly talented individuals played in making these parks a reality.
Perhaps my favorite example of this type of a cast member is the legendary Imagineer, Bob Gurr. While Walt was typically the mastermind behind the large scale ideas, individuals like Bob made those dreams a reality in a way that many of us overlook. So, today we’re taking a look back at an honest legend of the Disney theme parks and sharing one of my favorite stories in the history of Walt Disney World’s development.
Before we get started, let’s take a look at Bob Gurr’s Disney story in order to truly appreciate the role he has played over the years throughout the Disney organization. Long before Gurr became a Disney Legend in 2004, he was hired by Walt Disney himself in the early days of Disneyland. Originally, Bob worked with Walt to develop the miniature automobiles for the classic Disneyland and Walt Disney World Attraction, Autopia (Tomorrowland Speedway later on at Disney World). This was not intended to be a permanent position, but after seeing the incredible work that he was capable of, Walt decided to bring Gurr on board as a permanent member of WED Enterprises which later became known as Walt Disney Imagineering. After accepting the role, Bob continued on with the company for over 40 years and even remains a crucial part of a select few projects with the organization, even at 85 years old! (photo: lamag.com)

Over the years, he worked with Disney to develop many of the Disney attractions that have or were at some point an iconic piece of the Disney puzzle. Some of his greatest work were roles in such attractions as the Matterhorn, the Skyway (which debuted at the 1964 World’s Fair), Abraham Lincoln at Great Moments With Mr. Lincoln, and of course the the design of the Disney Monorails. That monorail design is where today’s story begins.
In a time frame of large steel transportation, Gurr worked on a project that would change the idea of transportation. While the idea was still early in development, Bob Gurr tells a story of how one day the conceptual idea just hit him in his kitchen and right then and there he developed a rough sketch of the idea on his kitchen counter. The very next day, he took that simple drawing to his office and developed the concept sketch many of us have grown to recognize at and around the Disney theme parks (see above).

That simple idea was so visionary that it eventually developed into a variation of the Monorails we ride in at the Disney theme parks to this day, however during the construction of the Contemporary, Gurr got to test his conceptual design on a grand scale.
On Labor Day, 1971, the construction team working on the contemporary came to Imagineering and stated that they weren’t sure if the design of the building could withstand the vibration of the monorail traveling through the structure. Bob, being the outgoing and determined individual that made him so very successful guaranteed them that the structure would hold up. However, they weren’t completely convinced. So, on that Labor Day night, after most of the employees had left for the day, Bob Gurr set out to prove his concept first hand!
Determined that the development was flawless, he took a seismogram and attached it to the track as an example of the vibration and proceeded to board the monorail and start the loop. Rather that simply gliding through the building, he took the vehicle up to the top speed of 43mph and blew straight through the Contemporary in what he calls the most reckless thing he ever got to do with a monorail at Walt Disney World! Outstandingly, the seismogram never moved. Astonished, the builders couldn’t believe what they saw so he jumped back in and repeated the process all over again!
He explained the experience in a few simple words saying, the small gap on each side of the monorail entering the building gets a whole lot smaller at 43mph! (imagine going through at that speed today!)
As you can see, Bob Gurr always focused on taking leaps of faith and truly living life to the fullest. We can all take something away from his frame of mind and take life one day at a time making the best of each and every situation. Problems will arise but enjoying each day of the life we have been given is far more important that the trivial problems we face each day.
Bob is a legend in more that one sense of the word, but perhaps his greatest legacy that will be left on the Disney parks is the Disneyland fire engine. As a bit of a vehicle enthusiast, Gurr came up with an idea for the Disneyland park that Walt hadn’t quite thought of. So, under the understanding that everything about Disneyland was typically Walt’s idea, Bob  simply mentioned one day to Walt that Disneyland had a fire station, but no fire engine. That simple statement put the thought in Walt’s mind and a short time later Gurr found himself driving a scaled down fire engine down the I-5 freeway to Disneyland!
That fire engine became a staple for the Disneyland park, but Bob Gurr still proudly states that the engine was his only attraction in the park. It was his idea through and through, but Walt made it a reality! He is one of very few Imagineers that can say that even today, long after Walt’s unfortunate passing. Walt loved an “attraction” that was Gurr’s idea so much that he even rode the engine around the park many early mornings just to take in the views and tour the park he dreamed about for many years.

(photo: Disney)
However, the story doesn’t end there. According to Disney the final official photo of Walt Disney ever taken in the Disneyland Park was of the man himself and his most famous character, Mickey Mouse, sitting on that very same fire engine!
As always, be sure to SHARE this post with friends. This great story of a Disney Legend is one that has always been a favorite of mine for so many reasons. Hopefully you enjoyed it! Thanks for reading!