Dwayne Johnson Takes Over the Jungle Cruise Attraction for A “Research” Endeavor!

by: guide4wdw – Collin
twitter: @guide4disney
instagram: @guide4disney
As many of you may know, Disney recently green lighted a Jungle Cruise based film developed with Dwayne “The Rock” Johnson. As a part of what the Rock called an early research project, he boarded a Jungle Cruise boat and and became a skipper for a few hours at the Magic Kingdom! 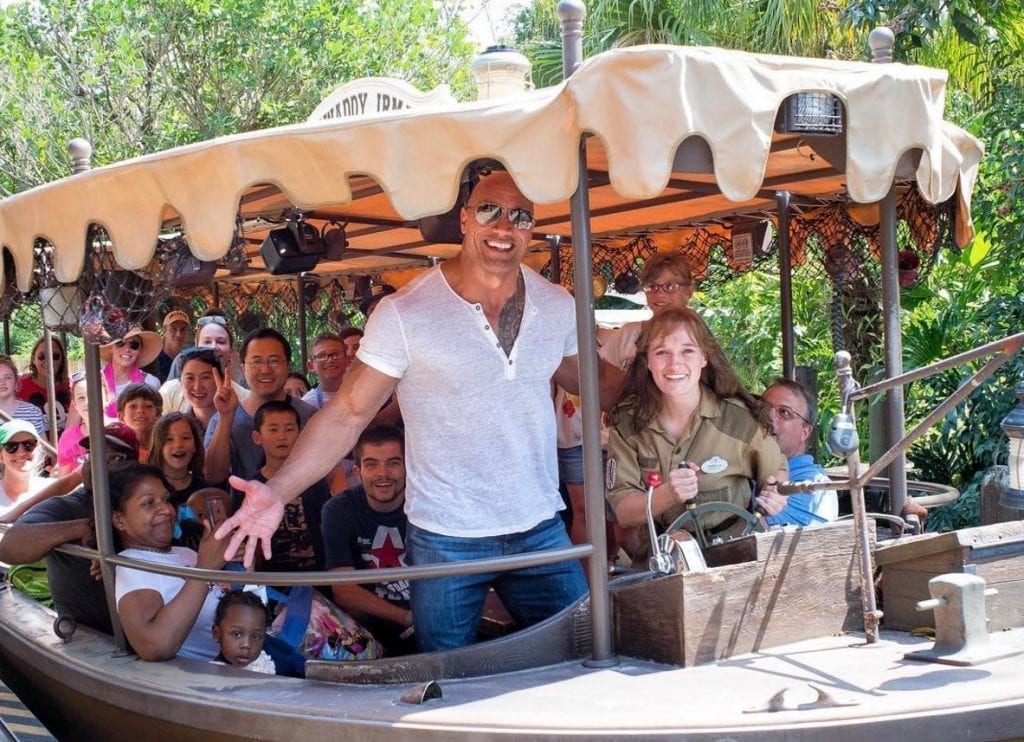 Dwayne Johnson posted about the experience this morning on his Instagram account stating the following: (warning: language may not be suitable for kids)
“.. (I think the lady to my right is snapping a pic of my bootaaaay) Surprise! Once I committed to our Disney partners to make the movie based off the JUNGLE CRUISE ride, I wanted to dive head first into the research. So I headed to Walt Disney World and surprised tourists by commandeering the JUNGLE CRUISE boat.
It was a GREAT day on the river. Learned a lot.. for example, it takes approximately 12.6 minutes for all the passengers to get over the shock of me jumping on the boat and thinking I’m a DJ look-a-like. One passenger even said, “Oh the real Rock is much smaller that this guy”. I threw his ass off the boat.
Jokes aside (and yes, with me as the Cruise Skipper there will be an abundance of puns) this is such an amazing, fantastical and cool world to build out. Best part about this surprise research day was knowing how FUN of an experience we’re gonna work hard to create for families around the world. That’s the part that gets my excited the most. The movie. The ride. The experience.
It’s the cruise of a lifetime. And trust me, you’ll want me as your Skipper. Just don’t forget to bring the Skipper’s beer. Next step… we find our visionary director. #SurpriseAroundEveryCorner #ResearchDay#DisneyWorld #AllAboard #JungleCruise“

While no further details have been released about the future production, it’s clear that Dwayne Johnson enjoys the Disney environment and hopefully this upcoming film will stay true to the attraction’s story while developing a greater interest in the attraction for guests of all ages.