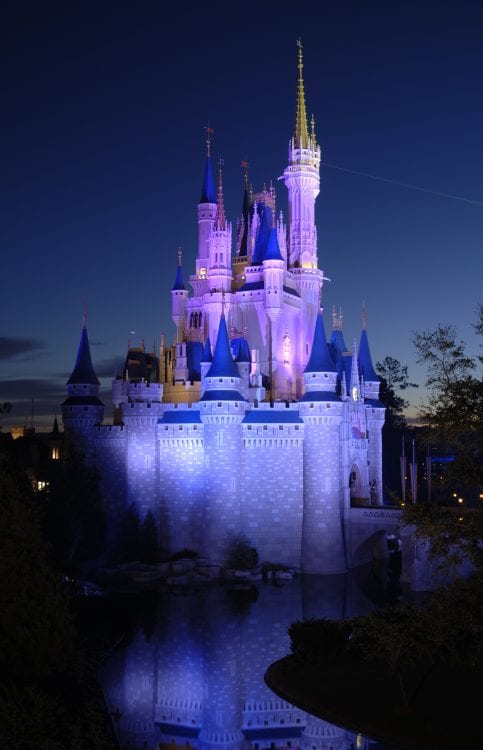 “Armchair Imagineering”: What Would You Do With Paint The Night Next?

Every once in a while a Disney rumor really sparks your interest and makes you think “What if?” Well, earlier this week we received some information that has been floating around that Disneyland’s Paint the Night Parade may be getting ready to move to a new park. Considering it is no longer in use with the Main Street Electrical Parade taking over, the rumor isn’t all that far fetched. Of course, this is simply speculation at this time until Disney confirms a relocation of the parade officially. However, I thought it would be a good time to play a little armchair Imagineering. For those of you who may not know, this is essentially a concept that floats around the online Disney community where we take some time to think about what “we” would do if the sky was the limit and someone said “If you can dream it you can build it” (of course we all know someone who shared a similar phrase to that many years ago).
For most Disney fans, becoming an Imagineer is a dream of a lifetime, but very few actually get to live out that role on Disney’s grand stage (but we can always dream!). So, with that I wanted to pose a question to anyone and everyone who reads this. If the sky was the limit and there were no real restraints of space, budget, and timing, where would you take Paint the Night to next? We want to hear your thoughts!
In my honest opinion, realistically we have a few options. First, you could put it at the Magic Kingdom, and that is what a majority of the speculation points to. However, the parade would have to be altered to accommodate the parade route through the park. Of course, in this figurative thought process, none of that matters. With that being said, I’d love to see this parade debut at Hollywood Studios.
Some of you may ask why. Well, quite honestly, I have always enjoyed parades in the somewhat quaint environment of the park. The Block Party Bash was great for guests to experience and get involved with first hand, and the somewhat older Disney Stars in Motor Cars Parade was an instant classic in my book! Everything about those parades had a different feel to them that others that have occurred across the other Disney parks. As I’m sure we can all agree, Spectromagic and The Main Street Electrical Parade will always be the ultimate representation of a classic Disney parade, but there’s just something special about the Hollywood Studios environment. Honestly, with the state of the park today, you couldn’t likely debut the parade as a result of the construction efforts, but if anything is fair play, that’s where I’d love to see it debut.

Again, Disney has yet to confirm if the parade will ever even debut in another park. With the current changes in Festival of Fantasy times, many believe they’re setting the stage for it’s debut at Magic Kingdom. Also, considering the park no longer has a parade, it would be the likely location if the parade did relocate.
So, what do you think? Where would you put Paint The Night if there were no limitations? We want to hear your thoughts! Share them with us down below or on your favorite social media platform!
If you enjoyed this little armchair Imagineering activity, please SHARE it with friends. We want to hear all kinds of different ideas. They could be practical or completely off the wall! We want to hear it all. Thanks!
(Photos: Disney)