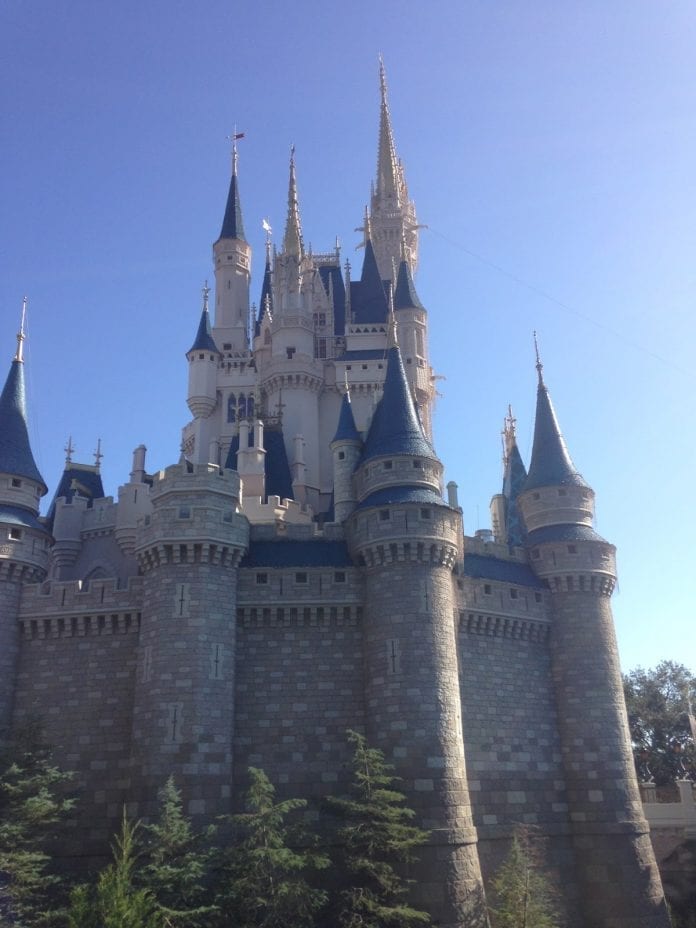 Over the years, the Main Street U.S.A experience has changed drastically. However, what many guests will always remember as an iconic part of the experience was the GAF Camera Center. While the center itself proved quite useless later on in Disney Parks history, originally it was a huge part of one of the greatest technological improvements of that time. (Photo: Disney)
In the early years of the Magic Kingdom, guests of all ages scrambled to this simple location to gear up for their day in the park by buying film, renting cameras, and receiving photo guides for their journey through the park. The concept, given the timeframe of it’s existence, was certainly a cutting edge technology that really helped fulfill a wonderful day.
Throughout your travel plans, if you ran out of film or simply wanted to get some of your pictures started in the development process, all you had to do was stop by the camera center and Disney could mail your photos right to your home! While, by today’s standards, that is incredibly slow, in the mid 70’s it was an outstanding convenience. As the years went by, video cameras were slowly developed and Disney decided that a great service for guests would be to offer video camera rentals for their day in the park. Today, we think of a video camera as one of two things, our phone, or simply a small digital camera. However, at the time when the technology was first developing, Disney offered a service where guests could rent the giant over the shoulder style recording devices with the detached gigantic battery to cart through the Magic Kingdom.
Unfortunately, as you can imagine, the camera center was overcome by the growing trends towards smaller digital cameras and alternative recording options. However, as late as 1998, the center had a role in the park under a few different names. GAF (General Aniline and Film) lost it’s sponsorship of the location at one point and it was replaced by the Polaroid branding and also Kodak at different periods in Disney history. While many of you will recognize the “Kodak Picture Locations” that appeared in the parks, there presence and name has changed a few times over the years.
The Camera Center, despite it’s many sponsors, was a place that many guests have fond memories of, just like any other attraction or section of the Disney Parks. The amount of memories that must have flooded through that location on a daily basis is truly astonishing to think about. Guests across the country and across the world could have shared a little piece of their vacation with the cast of this seemingly simple element of the parks. While the GAF Camera Center, or rather one of it’s other given names as a result of sponsorships, was replaced by the Confectionery in 1998, the legacy of the camera center lives on in the photos and videos this unique place helped develop over the years. The location told a story, and the story wasn’t it’s own, but rather the joys of a Disney vacation shared through the memories of guests who visited the parks each and every day.
So, next time you pass by the Confectionery, or step through the opening from the Chapeau hat shop next door, be sure to take a moment to remember what may have very well been a huge part of someone else’s classic Disney vacation experience. Those memories created by these simple experiences are something we all hang on to in one way or another. It’s something that is distinctly Disney and quite difficult to explain without experiencing first hand, but really is one of the iconic factors that keeps us going back to Walt Disney World!
If you learned something new today or simply enjoyed the article, be sure to SHARE it with friends! Your support really helps us out!

Collin Kendall - May 2, 2019
by: guide4wdw - Collin   5 Simple Ways to Make the Most of Your Time During Your Disney Vacation  If you follow the site at all, I know...