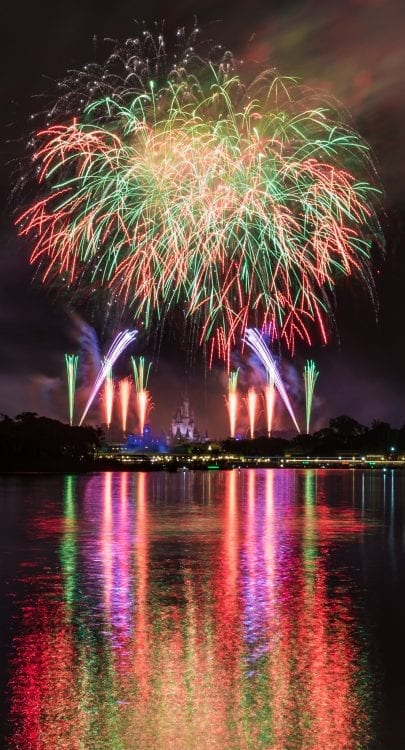 We’re back with another article in our most popular continuing series, “Departed Disney.” Throughout the early days of Disney in the 1970’s, efforts were being made to create new experiences that had never been seen before in grand scale theme park entertainment. As a part of that “big picture” expectation, the Disney company experimented with a variety of short run and unique offerings that rarely stood the test of time. One of the more unique offerings was actually debuted just outside of the Magic Kingdom in 1972, “The Wonderful World of Water Ski” show. By today’s standards this seems like an incredibly obscure offering by the company because it likely drew very little revenue despite being fairly popular. At the time, water ski spectaculars were being held near by at the Cypress Gardens park (now no longer in existence), but Disney wanted to bring a variation of that experience to the Seven Seas Lagoon. As a result, this intricate show was born.

“The Wonderful World of Water Ski” experience featured a vast array of performers, ranging from Disney characters to incredibly skilled skiers. As a part of the show, skiers took to the lake and exhibited outstanding levels of skill as they formed human pyramids and took to the sky on variations of kites while spectators watched from the sidelines in amazement.

While the experience was performed outside of the park, guests were required to purchase a ticket to view the show from the designated viewing area. The guests purchased a ticket which never cost more that a dollar throughout the shows one year run time. The tickets gave spectators access to a section of land between the Magic Kingdom Monorail station and the edge of lake. The hill in that area was utilized as a seating area which would give guests prime viewing space.

For many that had the opportunity to experience the show first hand, it certainly left an interesting mark on their vacation memories. It’s hard to forget some of your favorite Disney characters skiing at high speeds across the Seven Seas Lagoon.

While “The Wonderful World of Water Ski” show will likely never return for a variety of reasons, one of the most interesting aspects of the experience revolved around the show times and minor pyrotechnic displays at many of the late night shows. Skiers took to the sky on their verified kites and used simple firework style attachments to stun guests of all ages.

Unfortunately, very few images of high quality were taken of the event as a result of it’s early existence and short run time near the Magic Kingdom. Thankfully, we were able to find one short video to share of this interesting element of Disney history. Here’s a closer look: (video credit: user everythingdisney on youtube)

If you learned something new today or just enjoyed this little piece of Disney history, be sure to SHARE this article with friends or in your favorite Facebook group! Thanks!