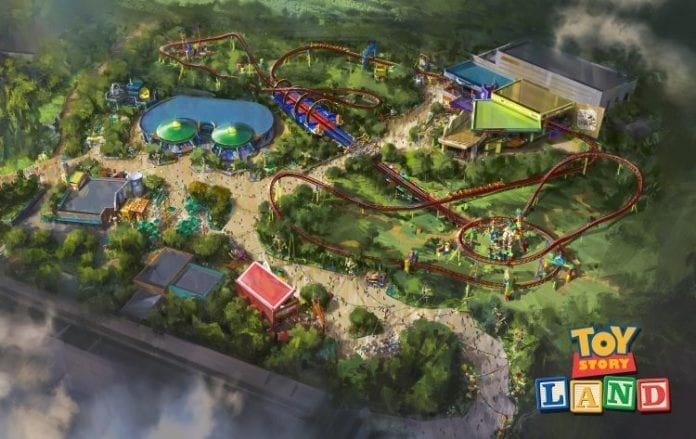 Opening Date for Toy Story Land to be Revealed at D23 Expo!

Just this morning, Bob Chapek announced to the media that we will be getting an official opening date for Toy Story Land at this year’s D23 Expo in Anaheim. While the construction process has been ongoing for quite some time, this will be the first time the project will be given an official debut date. Typically, these details are simply rumors, but this story actually developed from Chapek’s own quote. For those of you who may not know, Bob Chapek currently holds the title of Chairmen of the Walt Disney Parks and Resorts.
The new land is set to greatly expand the current Hollywood Studios experience and add over 11 acres of space to the theme park. Also, it has been previously announced that the land will encompass two brand new attractions. One family friendly roller coaster and a second flying saucer type attraction where Green Aliens try to capture you with “The Clawwwww!”

The land’s debut is still quite a ways away, but it will be great to finally receive a tentative opening date for its official debut. Personally, I think the new area looks outstanding and should completely revitalize Hollywood Studios.
(Photos: Disney)