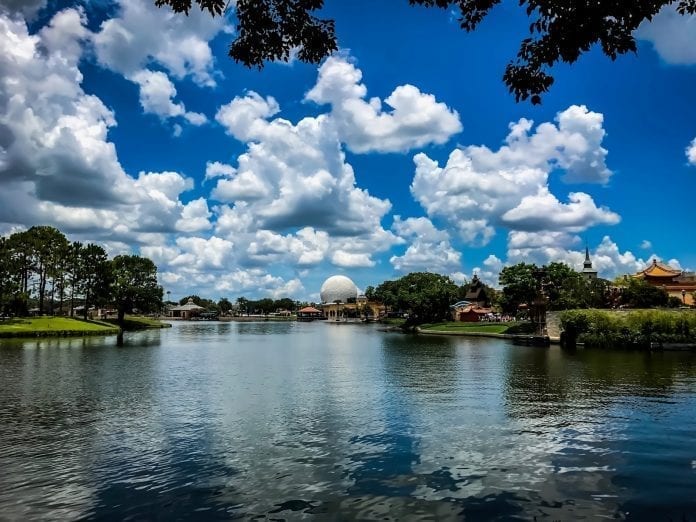 Epcot very well could be one of the most redeveloped parks in the history of Disney entertainment. Throughout it’s lengthy history the concept itself evolved from a working community of tomorrow into a theme park for guests to enjoy and learn from in a variety of different ways. Of course, all the parks have changed and developed over time, but one particular element of Epcot could have very well changed the look and feel of the entire park. In the early years of Epcot Center, plans were set that detailed a developing series of pavilions which would be added to the current lineup of opening day offerings in 1982. One year later, a new pavilion was set to debut and even had immense concept art, renderings, videos, and much more already pre-recorded for it’s development  Sadly, the concept, which many guests would love to see today, was abandoned.

For those of you intrigued by the details of theses “forgotten” projects (like me), the pavilion was set to focus on the equatorial region of Africa. Of course, the design was full of Disney magic and went much farther into development that many truly recognize. In 1982, Disney had already developed plans for two attractions, one feature experience, and an entire layout for the proposed area. The pavilion itself was set to be built around a centerpiece that functioned as an observation deck and grand “treehouse” style structure for guests to explore first hand. The building would look out over a artificially developed but highly realistic watering hole featuring the tell tale elements of nighttime in Africa. To create such an effect, Disney had done immense research in recording a film that would project on a large, dome-shaped, screen functioning as a backdrop for the experience. Of course, the screen would use the rear projections which Disney was utilizing in many of their current attractions to hide the projection components. Framing the area would have been an elaborate group of fauna to really set the scene and develop that immersive experience Disney is known for. When the concept was completed, it would have included an element of artificial heat, smell, and even artificial winds.

Beyond that “centerpiece,” the area had two new attractions already in the works. One, called, “The Heartbeat of Africa” and another called, “Africa Rediscovered.” “The Heartbeat of Africa” is the one that seems to have been much further along in production. The film based attraction (with surprises along the way) itself was designed to give a closer look at Africa’s history in a way that was intriguing to guests and told by a traditional African storyteller. However, the pre-show is what many have wondered about for years. To set the stage for the rich environment of the show, this guest area was supposed to feature animatronic drums that played and entertained guests in a similar way to what you may find at the pre-show for Stitch’s Great Escape, or even the iconic Enchanted Tiki Room.

The other attraction, “Africa Rediscovery,” was really based around the concept of changing guests opinions of modern Africa (at that time). While also a film, the display focused on the positive elements of Africa and attempted to share a cultural and geographical view of the continent overall. Unfortunately, while we will never know how successful it may have been, it’s interesting to recognize Disney’s efforts to change the stigma of Africa being this scary and dangerous place.

We may never see this pavilion really developed, especially after all of these years have gone by, but we do have a small outpost area where the expansion was set to debut. It’s a far cry from the original design, but as I always say, no good idea ever gets left behind in Imagineering. With changes are vaguely announced and coming to Epcot in the not so distant future, there is a slight chance we may see a new pavilion along the way. Of course, considering this pavilion was likely scrapped intentionally as a result of Animal Kingdom, we will likely never see an “Africa” at Epcot. Of course, Joe Rohde’s development of Africa in Animal Kingdom is certainly impressive!

Interestingly though, a comment by Disney suggested that they will be keeping Epcot true to it’s roots as changes are being made. It will be neat to see what Disney does with the park. Without a doubt, changes are coming, but is there any chance these changes could involve a new pavilion, or perhaps one of the promised expansions to add Spain or Israel to the showcase? It’s certainly not likely, but definitely something to think about! Imagine how things would look today if this massive pavilion was ever fully developed!

What would you add to the Epcot World Showcase? Share it with us in the comments!