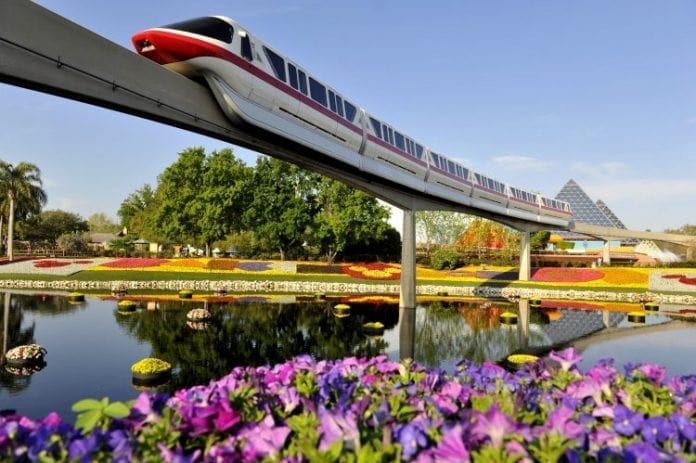 
After years of various means of transportation at Walt Disney World that has been seemingly unchanging, we are finally getting a new form of Disney transportation. The company just announced earlier this week at the D23 Expo that we are indeed getting the rumored gondola style transportation system. Of course, the new technology brings up an age old question, “Why not just expand the monorail?”

Well, to be quite honest, there have been a variety of reasons. First and foremost is the cost comparison. When Disney first debuted their monorail fleet in the early 70’s, the cost to build was no where near as high as it is today. Essentially it is a cause and effect style solution to the large-scale transportation problem. If Disney built an extension on the monorail today, which hasn’t happened since the 80’s when the Epcot loop was added, the cost would likely be at or above 50 million dollars per mile when compared to other near identical projects accomplished within the last 10-15 years.


By comparison, we can only assume that Disney has found a better option with the Gondola construction option or at least one that could drive increased resort bookings and yield higher revenue that what a monorail expansion would create. Gondola prices are really all over the map varying from 20 million for roughly two miles to well into the 80-100million dollar range and higher. However, when you compare that to the costs of similar “monorail” style expansions in the last 10 years, the difference becomes fairly evident. For example, the Bombardier MVI built out in Las Vegas in 2004 cost over 88 million dollars per mile to construct. Also, a similar design built in 2003, the Kuala Lumpur Monorail cost near 70 million dollars per mile and features a much smaller tram design that Walt Disney World’s current iteration. Of course, many different elements play into those costs, but one thing is certain, the 1 million dollar per mile estimate that floats around the internet is far from true by today’s standards and costs.

While all of the numbers are interesting, we do know for a fact that Disney has decided to go with the Gondola style system for likely a variety of reasons beyond cost itself. To me though, perhaps the most interesting element of the project isn’t related to the cost at all, but rather the design. According to concept images released by Disney, the new system will bring back design elements from Disney’s classic Skyway attraction. While the system will be entirely different fundamentally, it will be incredible to see a “classic” and nostalgic design element of Walt Disney World of days past return to Disney property.


So, what do you think? Should they have avoided the risk and went with an incredibly pricey monorail expansion or do you like this new concept which is soon to become a reality?

Thanks for reading and be sure to SHARE this with friends! Thanks!

Collin Kendall - May 23, 2019
by: guide4wdw - Collin 5 Disney World Dining Locations That Are Vastly Underrated! It's not out of the ordinary for us to share top 5 lists...