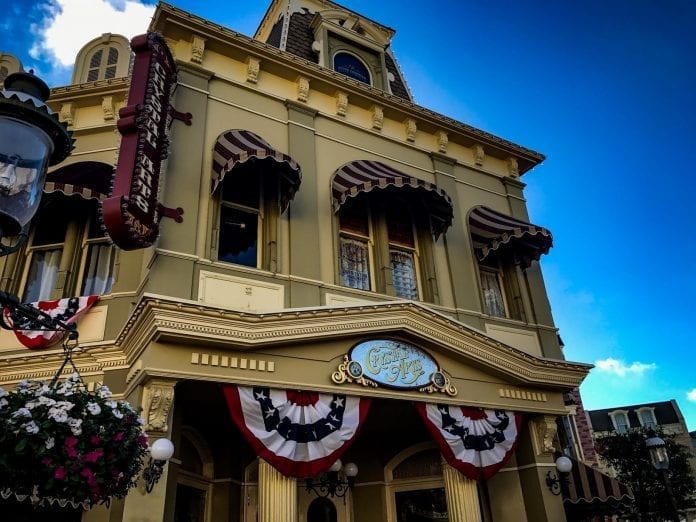 If any of you follow me on Facebook, you likely saw my post just a short while ago posing the question, “If you could meet one Disney Parks cast member that has become truly iconic who would it be?” Honestly, it took me a very short amount of time to come up with my answer and believe it or not it isn’t the man this short article is written about. After a short amount of thought I chose Richard Sherman. His iconic storytelling abilities and the simple yet meaningful interactions he had the opportunity to share with Walt Disney are something that would be truly remarkable to hear shared first hand. Richard is a storyteller beyond the capabilities of a vast majority of people in both words and in song. To simply be able to pose the question, “If you could share just one story about your many experiences with Walt what would it be?” would be incredible. I can guarantee the story following that question would be something vastly hard to describe, yet simple in a way that you could tell was truly authentic. He has a certain level of passion for the Disney company that many don’t fully understand. Of course, I may never get that opportunity, but it really got me thinking. So, today I’m introducing a new series I like to call Legendary Cast Members of the Disney Parks. While these won’t be everyday posts and will likely be scattered throughout the weeks moving forward (similar to my “Departed Disney” Series), we’ll take a look at many of the well known and a few of the lesser known cast members that have truly paved the way for the Disney Parks we know today. The first of many names on our growing list is Jack Olsen.


Ever since I first read and learned about Olsen’s story I’ve found a great appreciation for his role in the parks. Long before Jack became involved with Disney he served our country in World War II accomplishing a task that many of us can never truly understand or fully appreciate. Throughout his military service, he managed to receive not one, but two Purple Hearts making him a true hero in my book before he went on to accomplish what this article is really all about (I have a fond appreciation for our military as a result of a part time job interacting with many service members on a daily basis. Thanks to each and every one of you that may be reading this article!)

After his military service, Olsen spent 22 years with the Disney company. While he performed many roles, perhaps the most iconic in my particular opinion was his role as a head of merchandising for both Disneyland and Walt Disney World at one point.


In his time in the role he made a deliberate and respectable effort to develop an authentic experience for guests in each and every store on property. He had no desire to see Mickey Mouse merchandise plastered across shelves in themed areas where it really did not belong. Everything was set to be authentic merchandise or reproduced merchandise that was at least somewhat representative of the experience the store intended to portray. Western stores sold western wear, Adventureland sold adventure inspired merchandise, and above everything else, the antique shop sold actual antiques in Liberty Square. Of course, much of that outlook has changed over time, but small elements of that engrained goal for merchandise at Walt Disney World have stood the test of time. Today we no longer have the classic representation of a black smith’s shop, antique store, and perfumery in Liberty Square, but we also see themed merchandise and items that continue the story the land intends to portray. You see, when Walt Disney World opened it wasn’t a place focused on turning dollars in stores, but rather a place that told an incredibly deep story. Walt and the people around him were storytellers by trade and business was typically put on the back burner. Walt seemed to simply know that if you built a place so authentic that people would travel hundreds of miles to visit, you could turn money in other ways. Today, that complete philosophy is no longer in place but a many elements of that same concept really do show themselves throughout the parks and resorts. We’ve never really lost that story telling base of each and every attraction, and it’s simply one of those many things that sets Disney apart. Believe it or not, in the merchandise realm much of that we have to credit to Jack Olsen. Without his leadership, it would be quite interesting to see how things could have and certainly would have been different. He may not have been the most well known of the Legendary Disney Cast members, but he certainly played an iconic role in the Disney company up until his retirement in 1977. Next time you’re on Main Street, be sure to check out his well earned commemorative window reading, “World’s Largest Collection of Keychains – Jack Olsen – The Merchant Prince.”

As always, thatks for reading and if you like the idea of this series, be sure to let us know what you think. Your positive feedback means the world to us and really lets us know what you want to see next. Just this week we passed the 1 year mark since my original article debuted to a meager audience of 56 and I can’t thatk you all enough for helping us grow and build this site into what it has become today. Hopefully we’re just getting started, but it’s been an outstanding experience so far!