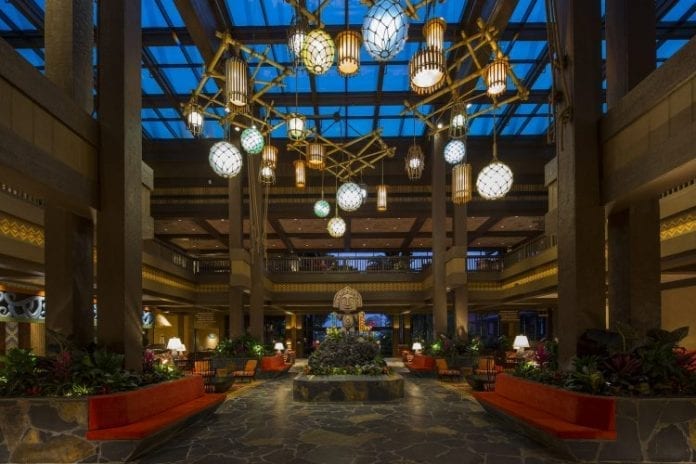 
No matter how you look at it, the Walt Disney World we experience today is a far cry from the original 1971 iteration. Of course, I’ll let you decide if that’s a good thing or not on your own, but today we’re taking a look beyond the parks to a piece of Disney history hiding in plain site, the Polynesian Village resort’s “wave machine.”


In the early years of the Polynesian, Disney decide to put into place a way to expand the already expansive lineup of resort recreation across the two main Disney resorts to give guests something else to do beyond the parks. Of course, today we can see how that trend eventually caught on in a big way developing this simple concept into a multi-faceted resort experience. However, this particular design and recreation element never got off the ground in the way it was originally intended. Dick Nunis (VP of park operations at the time) and his team first came up with the “artificial wave” idea and went to work on making it a reality. In concept this was an incredible new creation that would develop an added sense of realism to an already incredible resort. Sadly, once the system debuted and was put into practice, it created semi-large scale erosion along the beaches of the Polynesian and surrounding areas due to the repetitive motion. So, a short time after the wave system debuted, it was stopped rather abruptly until a solution could be reached.


Years down the road, they gave the concept another shot. The pattern unfortunately continued and the pricey investment was removed from the experience altogether. Today, if you’re staying or simply visiting the Polynesian, be sure to take a look just north of the recently built bungalows for a small island. Along the edge of that small land mass you’ll see what looks like a small retaining wall that doesn’t quite blend in with its surroundings. The wall itself was a small piece of a larger and more elaborate system that was used to create the waves in the early years of Disney’s operation. At that point in time, there was also a brief period where guests could swim in the Seven Seas Lagoon and Bay Lake. Of course, that is no longer the case today and has not been in quite some time (please do not enter the lakes!), but it’s interesting to look back at what “could have been.” Years later, a wave system did in fact return to Disney property, but all man made waves at Disney you’ll find in the comforts of a chlorinated waterpark atmosphere.


As always, thatks for reading and I hope you learned a little bit of “lost” Disney history today to be on the lookout for during your next vacation. Don’t forget to grab a Dole Whip while you’re there!

If you enjoyed today’s article, be sure to SHARE it with friends. Your shares are truly the source of all of our growth. You won’t see us putting out fancy paid ads on social media, or anything of the sort. We want to grow this community as friends sharing with other friends! Thanks for all of your support!

A special thatks to one reader in particular who recommended this topic! I sincerely appreciate it! If any of you want to see me cover anything in particular next, be sure to let me know!

Collin Kendall - February 14, 2021
You all know that I don't write quite as much as I used to. To be real and up front, it's simply different than...