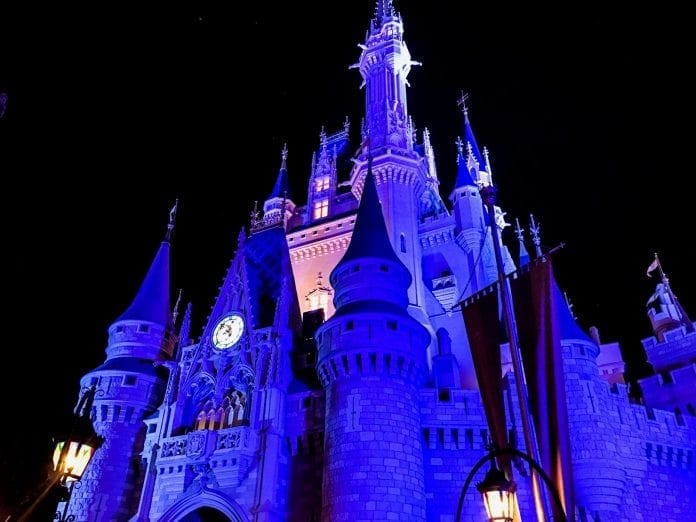 In the overall realm of Disney parks, there’s one unifying feature that signifies the vacation kingdom to each and every guest around the world, a castle. Obviously none of these castles are quite identical, but nonetheless each service that baseline purpose of inviting guests into the park. They feature that grand reveal, and signify to guests “you’re home.” So today, we’re going to take a look at the Disney castles and compare them side by side to achieve a better appreciation for the many variations.


First, we have to start out with Walt Disney World’s Cinderella’s Castle. For many of you reading this site (including myself), the familiar vision of this castle is something we look forward to time after time, and trip after trip in a way that is rather unexplainable. Something about that castle brings back so many memories and helps signify that your Walt Disney World experience has just begun. The building itself climbs 189 foot into the air (if you include the concrete base in the water), and rolls in just under the FAA flight regulation requiring a flashing light be affixed to the the top of the spires. As always, Disney had the guests perspective in mind throughout the design process in a way that very few truly appreciate. Could you imagine seeing a large flashing light on the top of the castle similar to what you’d see on a cell phone tower? Disney’s faced the same issue with other attractions, but have cleverly avoided the issue in similar ways.


Also worth noting, is the castle itself is not held to gather like a giant puzzle that can be taken apart. For some reason that popular rumor has been around of many years and continues to pop up from time to time. The structure itself was designed in a similar way to the large blades of grass used over in the former “Honey, I Shrunk the Kids” playground, in that it was designed to be “hurricane proof.” The building itself is incredibly capable of withstanding incredible wind speeds due to the internal and external design elements created by imagineering. What some guests may not realize, is that Cinderella’s Castle actually has a copy out in Tokyo Disneyland which debuted 12 years after the Magic Kingdom’s iteration. Despite appearing as a mirror image of the original, the Tokyo variation features different internals and even housed a walk through attraction for over 20 years. This particular iteration of the structure is also around 20 foot shorter at just under 170 foot tall. Long after the “replicas” construction, Disney went back and added a few select details to the castle in order to differentiate it from the Magic Kingdom counterpart. Coming in just under the peak height of the Tokyo Castle, we have the largest of three sleeping Beauty inspired castles. Standing at 167 foot tall, the Disneyland Paris castle is perhaps the most unique of all the Disney castle iterations. Beneath the towering building itself lies a Dragon which occasionally wakes up and billows smoke, and as an added bonus, the castle houses a beautiful walkthrough gallery of sorts for guests to enjoy. It’s simple, but also quite distinct from all the others. If you’re lucky, you may even be able to catch this unique castle covered in a layer of fresh snow if you travel at the right time of year. That in itself would be an incredible site. (photo: Disney)

Of course, we can’t write an article like this without sharing a closer look at the castle that started it all out in Disneyland. While the original Sleeping Beauty castle itself is only 77 feet tall, it encompasses perhaps the greatest amount of history in the realm of the Disney parks. It is the iconic castle! It’s the world famous icon of the place that started at all. It was also the one castle Walt had the greatest influence on and a basis used for all other castle designs in one way or another. However, this feature of the park also has a near copy out in Hong Kong Disneyland. While it is not a perfect recreation, at an identical height, many guests find the two very difficult to distinguish. Last but certainly not least, we have perhaps the grandest of all the Disney castles, Shanghai’s Enchanted Storybook Castle. As the largest and most immersive castle ever created for a Disney park, the Enchanted Storybook Castle stands at 197 foot tall but features a footprint larger that all the others. It’s involved with more that one attraction, features dining, and is the first castle to feature the story of nearly every Disney princess all in one place. The new iteration of the classic Disney icon is truly magnificent and one that stands out from all the rest.


All things considered, we all have our favorite Disney castles. It doesn’t matter if they’re the largest or newest variation, but rather how they invoke memories and also create memories for guests of all ages. However, if you want to visit one of these vastly beautiful Disney parks, be sure to visit our friends over at Destinations to Travel (clickable link) and be sure to tell them in your message that Guide4WDW sent you! Not only will it help us out but it will help you start the process of creating an unforgettable Disney vacation with the help of experts at no additional cost to you!

As always, thatks for reading and be sure to SHARE this post with a friend or family member who may enjoy it! Your shares really help us continue growing this Disney community by Disney fans for Disney fans!