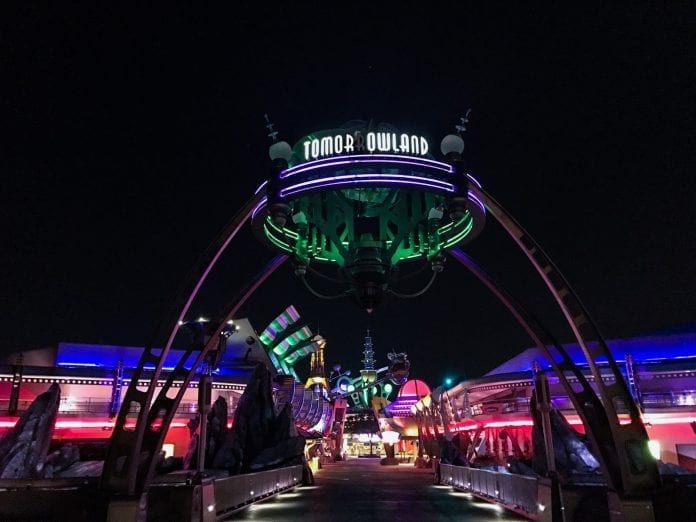 Disney has been a place full of changes and alterations across its many years of operation and service to guests of all ages. However, as you’ve likely seen from this site and a few select others, we tend to lose experiences over time. Sometimes those experiences, shows, and attractions, are moments that are iconic pieces of Disney history, but also parts of the past that get pushed “under the rug” no matter how loved and incredible they may have been.

Today, we’re sharing one of those “hidden gems” that very well could have been included in our “Departed Disney” or “Legendary Cast of the Disney Parks” series. This portion of the park wasn’t an attraction, but rather a stage show performance that shocked, enticed, and thrilled guests for many years known simply as the Iceberg Machine!

The Iceberg Machine was an elaborate piece of engineering developed by the musician Michael Iceberg (“Iseberg” originally: beyond the stage name). While the technology was very early in development at the time, Michael compiled a series of different synthesizers and state of the art technology (at the time) to develop a musical performance that was unlike anything guests had heard before.

The machine itself was a continuously changing conglomeration of technology housed in a large pyramid structure that Iceberg confined himself in as he unveiled a spectacle of sounds and music to guests in the heart of Tomorrowland. Iceberg performed on both coasts throughout the mid 1970’s and 1980’s. His show was viewed as early as 1976 in Walt Disney World and even made it up the ranks onto the late night spectacle that was The Tonight Show With Johnny Carson.

His performances wowed guests of all ages and drew inspiration from a variety of different avenues including animal noises, trumpets, guitars, pianos, and so much more. All of these noises were developed through his incredible skills with early synthesizer technology rigged to accompany a keyboard infrastructure in what he called the “Mechanical Contraption.”

For years, guests took time out of their day at the Disney parks to grab a snack, pull up a chair and listen to his incredible performances throughout the day, sometimes debuted as frequently as five times per day. At Walt Disney World, Michael shared his unbelievable talent with guests in the Tomorrowland Terrace (now known as Cosmic Ray’s Starlight Cafe).

The contraption, which was prominently located where Sonny Eclipse sits today, rose from the Utlidoors and opened up revealing the star of the show! As the pyramid style creation opened up, a mirror unfolded allowing guests to see exactly what Iceberg did as he brought music forth from the array of platforms. His performance was a foray of lights, smoke, vocals, and of course synthesized noises that not only entertained but had heart and story worked into it in a way that captured the audience time and time again. For many guests, this was a highlight of their time in Tomorrowland and one that truly brought a one-of-a-kind experience to the park. It was a legitimately futuristic performance and while today the technology behind it isn’t all that amazing, his raw talent and vocal abilities coupled with a unique personality captured the audience in a way that can only be showcased in video:

Michael Iceberg hasn’t performed in the Magic Kingdom in many years, but his contributions to the parks and resorts have become iconic. In a short question based interview for Iceberg’s website found here, he claims to have had very little to no influence on both The Main Street Electrical Parade and The Electrical Water Pageant (Parade) despite what many believe. They both fit his style and frame of work, and while he does admit to submitting a short piece for the Water Pageant, he did not believe it ever made it into the final production.
Either way, his influence is a piece of Disney history that many overlook and something that I wasn’t even aware of myself until just recently. You see, Disney is a place that has elaborate backstories that can be unraveled in a way that no other vacation destination can truly encompass. It has history, but more that that, it has heart that cannot be replicated. There were real people behind early shows, unique experiences, and a realm of ingenuity that cannot be replicated. Of course, things change and the company has continued to develop, but that “heart” and story Disney history has created will continue capturing guests for generations.
If you liked today’s article, do me a huge favor and share the post in your favorite Disney Facebook group, on your personal page, or even on other social media platforms. Your shares really help us grow and bring new Disney fans into this growing community.

If you’re planning a Disney vacation, we ask that you consider our friends over at Destinations to Travel (clickable link) for your travel planning needs. Their service cost you nothing more that booking through Disney and booking through them really helps support the site while costing you absolutely nothing extra. Just tell them Guide4WDW sent you in your quote request message. We certainly appreciate the support!