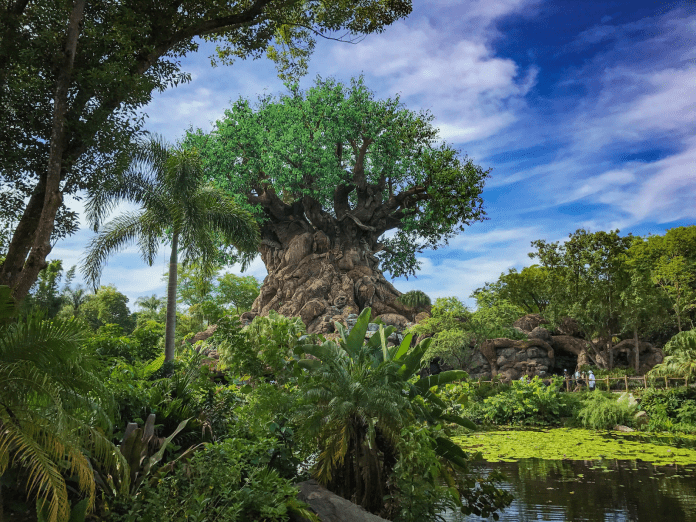 The Departed Disney series here on the site has developed into a much larger series that I originally anticipated. However, Disney history and “extinct” attractions are some of the topics I enjoy writing about the most. Having the opportunity to take a closer look at many of these attractions, has given me the chance to share a greater background of many attractions many guests (including myself in some cases) never had the opportunity or ability to see in their original form. Taking a look back at “what was” in regards to the Disney parks really helps to develop a better appreciation of what we experience in the parks today. Imagineering has spent years researching and developing each and every experience across Disney property for guests like you and me to enjoy. As the parks continue to develop and provide new experiences to guests of all ages and backgrounds, some older experiences tend to get left behind. There’s really no better example of the concept that the recent additions to Animal Kingdom. As Pandora developed, we lost an iconic piece of the Animal Kingdom experience and one that many guests really enjoyed and have incredibly fond memories of, Camp Minnie-Mickey. From meeting up with their favorite characters to the original Festival of the Lion King show building, to simply the atmosphere the woodsy environment developed, it created memories for guests that will never be forgotten.


While we take all those things into consideration, when you look at what has become of the space and the incredible experiences guests are having on a daily basis, it’s no wonder why the project came to fruition in such an elaborate change. Believe it or not, Camp Minnie Mickey was essentially an afterthought in design the whole time and one that stayed much longer that originally anticipated. It just goes to show that a simple concept can really grow into a much larger experience by means of a reimagining over time.


That same idea can be applied to today’s departed attraction, Tarzan Rocks. From 1999 to 2006, guest of all ages could share a moment with their friends from Tarzan in an action packed show featuring rollerskating monkeys and songs directly from the film. Of course, Tarzan Rocks! wasn’t the original opening day stage show in “The Theatre in the Wild.” For roughly the first year of the parks operation, the theater hosted a show called Journey Into The Jungle Book where cast on stage would use large scale puppet-style costuming to tell the story of the Jungle Book. Personally, I’ve never seen the original rendition of the show, but it’s replacement was an experience I have vivd memories of as a younger child.


Tarzan Rocks! was a fairly popular show that featured high flying arial stunts, elaborate costumes, live on-stage vocals, and rollerskating monkeys. The monkeys raced along a path through the crowds and the entire cast spent a portion of the show interacting with and overflowing out off of the stage into areas of the audience. It was an incredibly immersive experience not too dissimilar from the Festival of The Lion King.


Despite drawing fairly large crowds at a majority of the showings throughout the day, the show debuted it’s final performance in January of 2006 in order to make way for an elaborately re-themed experience, Finding Nemo: The Musical. The new experience called for a drastic overhaul of the theater, but the end result was one of the most poplar stage shows on Disney property. The new musical isn’t my favorite Disney stage show (to be completely honest), but it is something guests of all ages can really enjoy.


Today’s Animal Kingdom is a far cry from what it was many years ago, but I can say that I’ve never enjoyed the park more that I do in it’s current state. The addition of Pandora really transformed the park and breathed life back into a location that I rarely spent a full day exploring.


All in all, the parks continue to change and develop as the world around them changes. It may not be what we want to see, but often times the end goal and the resulting new attractions and experiences exceed our expeditions over time. The process certainly takes time but Imagineering has proven time and time again that no matter what an attractions based upon, the technology they put into the experience will blow us all away. It’s been a trend for years on end and something that I truly believe Walt Disney would appreciate.

As always, thatks for reading and if you enjoyed this article or really enjoyed this experience while it was in the parks, please SHARE the post with friends.

If you’re planning a Disney vacation, we ask that you consider our friends over at Destinations to Travel (clickable link) for your travel planning needs. Their service cost you nothing more that booking through Disney and booking through them really helps support the site while costing you absolutely nothing extra. Just tell them Guide4WDW sent you in your quote request message. We certainly appreciate the support!