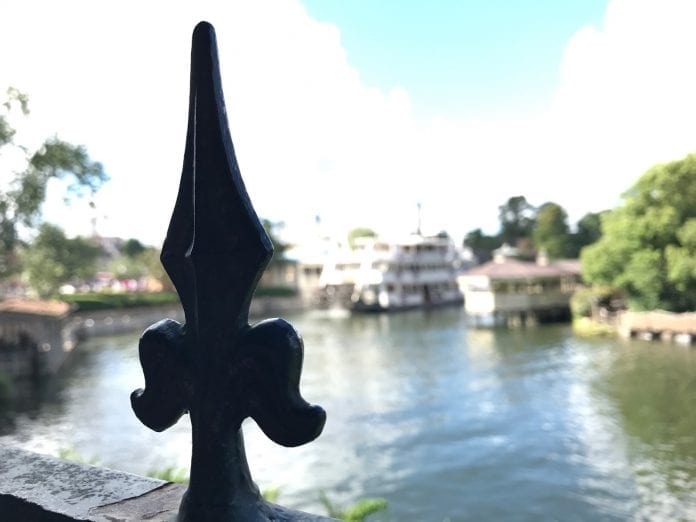 Disney is full of hidden backstories and little known facts, but did you know that the Haunted Mansion was at one point designed to feature a shipwrecked sea captain? In the early years of the development of the original Haunted Mansion attraction, an outrageous amount of different conceptual renderings were developed and then narrowed down one by one until we eventually ended up with the variation of the attraction we get to experience first hand today. Of course, there is a certain level of variation between the U.S. iterations of the iconic Disney attraction, but the history of the attractions story remains largely the same.

Ken Anderson, the Imagineer responsible for creating and designing not only within the Disney parks, but also for his role in animation developed a story for a walkthrough “haunted mansion” concept that has become perhaps the most interesting undeveloped backstory in all of imagineering. It was a story that was for all intensive purposes unnecessarily violent, and so far fetched by Disney standards that it almost became a reality. Anderson created a character named Captain Gideon Gorelieu, which was one of the least “family friendly” stories ever developed for a Disney attraction. Throughout the proposed concept iteration and even through some light engineering work that was developed early on, Captain Gore played the role of a shipwrecked sea captain on a deadly spree, intent on killing his wife Pricilla. To further the concept, Anderson developed a story where Pricilla was essentially murdered and stuffed into the walls of the chimney by Gore at his his seaside estate. Eventually, as the tipping point of the story, his wife came back and haunted Gore to the point that he eventually hung himself. The entire experience was a bit graphic for Disney, but special effects were already being experimented with when the story was all but scrapped. At the time, the “haunted mansion” was really only the same as what we experience today in that it was in fact a mansion and that the mansion was haunted. The story was no where near the same and even at one point had intentions of tying in a pirate theme.


Today, the only real remnant of Captain Gore can be found in the portrait section of the Haunted Mansion. The captain stands in the image, creepily drenched in water (as was the original animatronic concept) with a harpoon in hand staring into the distance. It’s a very subtle picture in the gallery of “haunts” but one you’ve likely seen or even wondered about as you toured the mansion in your doom buggy.


Of course, you can see why Walt never did go with this story for the attraction, but all things considered, this would have been a truly outstanding addition to the park. It certainly would not have been entirely family friendly, and at the time, “family” was a huge part of Walt Disney’s design process. He wanted a place where adults and kids could have fun together. Ultimately, that is what the mansion became, and today it has slowly grown to prominence as one of the most iconic Disney attractions ever developed.

If you liked this story, be sure to share it with friends and let me know what you think in the comments below! There’s quite a bit more to this story, and the backstory of the Haunted Mansion in general, so if you want to see more, be sure to let me know. Thanks!