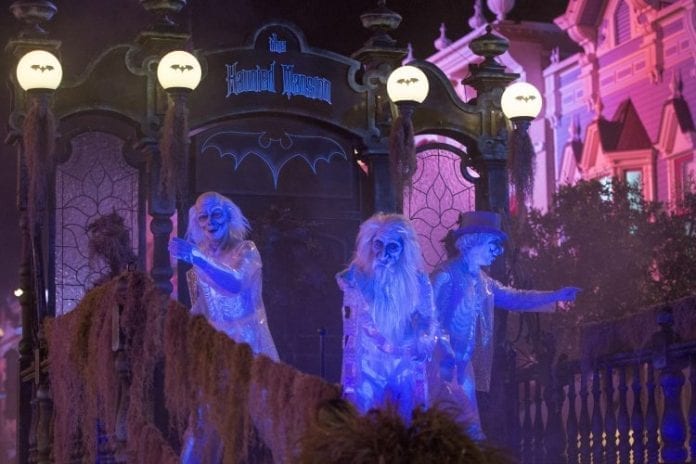 How many of you have ever wondered how Walt Disney World manages to change the entire look and feel of the park basically overnight through theming? I know I did for many years until I caught a glimpse of a time lapse of the setup process. Well, this year Disney has once again debuted a time lapse for their elaborate theming creation, but in a fairly unique way.

The short video is listed below this post, but the process itself is one that applies to nearly all of the holidays at Walt Disney World. Essentially, they have a crew that installs nearly all of the decorations you see in the Magic Kingdom in the middle of the night. While it does take a few days in some cases to really see all of the decorations roll out, it’s amazing to see how much they can accomplish in just one night. As the season draws to a close, the same elaborate process will be reversed to take down all of the impressive decorations and to set up for the most wonderful time of the year (Did anybody else just start singing the song???) at Walt Disney World, Christmas! To me, the Christmas season at Walt Disney World is truly second to none, but if you’re a big halloween fan, don’t worry! The decorations will be up for many more weeks and will not transition to Christmas until early November in order to prepare for the first Christmas party.

No matter what the holiday may be, nothing really compares to spending time with friends and family in the parks around any holiday. It creates memories that will be quite unique to that particular trip and really set the experience apart from all the others. Again, it’s something that is really hard to describe in words (I know, I say that a lot lol), but the decorations and the parties Disney throws (centering around these decorations) bring an entirely new feel to the park and one that is wonderfully welcoming to guests of all ages.

Here’s a closer look at how they make it all possible!

If you’re still trying to make it to one of Disney’s incredible Mickey’s Not-So-Scary Halloween Parties, be sure to give Destinations to Travel (clickable link) a shout and tell them Collin sent you (or Guide4WDW). While it costs you nothing extra over typical Disney rates, it really helps out the site in more that one way. Thanks!