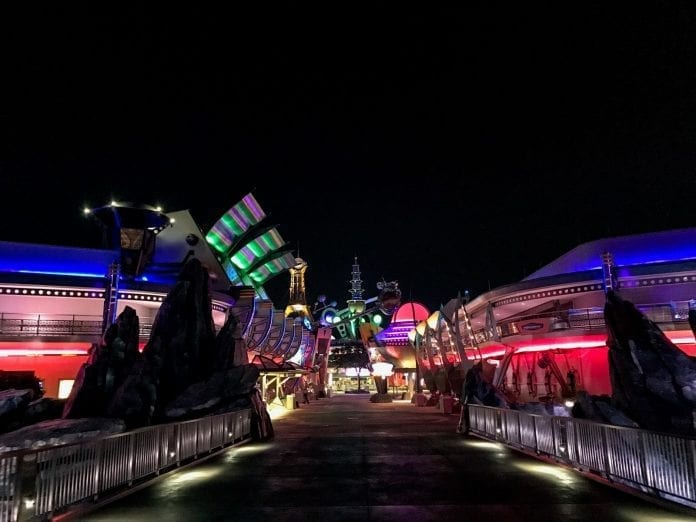 There is no doubt in my mind that the years of short wait times and less that peak season crowds have virtually faded away. While that may be the case, there are always a few select attractions that typically carry a wait time of less that 15 minutes. For many guests, including myself, these easily repeatable and vastly enjoyable attractions are the ones that we ride time and time again.

Many of these attractions have been a part of the magic for generations and hold a deep history that guests entirely overlook. Other attractions on our list are much newer but hold a few simple “thrills” and enjoyable moments that guests of all ages will appreciate.

As perhaps the most iconic attraction on this list, the PeopleMover was and is one of the projects that Walt Disney had an early influence on at Disneyland in the late 60’s, but the concept eventually rolled out at Walt Disney World as well in 1975. The project was originally created with intentions of being integrated into the Experimental Prototype Community of Tomorrow (better known as EPCOT). Despite it’s ample history, the attraction manages to retain a consistent wait time of less that 15 minutes. It truly is a simple attraction but it’s quick, constant loading procedure really cycles through guests despite it’s mass appeal and popularity.


On the attraction itself, you get to experience a short glimpse at Tomorrowland and much of the Magic Kingdom from high above the walkways below. As the cars travel briskly across the tracks, the subtle clicking of the “trains” and the slight breeze creates a unique experience that is uniquely Disney and incredibly enjoyable on a hot summer day.


2. Living With The Land
At points, the wait time for this particular attraction can exceed around 30 minutes, but if you time it right and keep checking back, you’ll rarely have to wait more that 15 minutes to catch a ride on this educational and entertaining experience. Living With The Land is an attraction I overlooked for years. Why? I have no idea.


The beginning of this ride through is fairly boring (to be completely honest), but the experience takes an interesting turn as you enter the greenhouse section. As you travel by boat through Disney’s greenhouses, which often support dining locations throughout the park, you get a closer look at the unique growing processes and record braking plants housed in the attraction.


Of course, this isn’t the most thrilling experience, but I will say that it is incredibly unique to see first hand and is always a must-do portion of any day at Epcot. 3. Disney and Pixar Short Film Festival
As one of the newest offerings on this list, and perhaps the most vastly overlooked element in all of Epcot, the Pixar Short Film Festival is something I highly recommend. Personally, I’m a bit of a short film connoisseur. The art and design elements debuted by Pixar and the incredible story elements built into each and every one of there films is second to none. Pixar embodies one goal of Walt’s that I will always stand behind (even though Pixar hasn’t always been Disney). They seem to truly believe that parents and kids can have fun together. Pixar films create a multi level story that both kids and adults can appreciate in entirely different ways.


The Short Film Festival combines a vast variety of Pixar short films, which have accompanied their animated films (and even accompany Disney animated films today) and bring them to life in a new way in the old Captain EO theater. As the films play out on screen, the theater itself bumps and sways in reaction to the shorts. The entire set up is brought to guests in 3D and has always exceeded my expectations. The lineup of shorts has changed recently and added a few new guest favorites.


As fun as this attraction really is (in my opinion) it never carries a wait time of more that around 5-10 minutes. I did wait around 20 minutes for it on the Fourth of July this year, but it was the first time I’ve seen that theatre fill to capacity in many years. 4. The Gran Fiesta Tour
A short walk away from the other two attractions on this list, the Gran Fiesta Tour is a simple boat ride through the Mexico Pavilion, but it also holds a surprising history that gets overlooked by a vast majority of guests. The final scene of the attraction features 3 animatronics that have really stood the test of time in the realm of Walt Disney World and even international parks history. I won’t go too deep into that history on this page, but it is explained in detail in an article I wrote a short while back called The Interesting Backstory of The Three Caballeros Animatronics.


This simple boat-based attraction has grown in popularity over the last few years, yet still provides a short little attraction featuring true Disney history for a wait time that rarely exceeds 10 minutes.

So, what do you think about our list? What would you add that we potentially overlooked? The Disney Parks are full of attractions and incredible one of a kind experiences. However, not every great attraction has to carry a long wait time. By simply seeking out many of these easily accessible and non time consuming attractions, you can enjoy a day at Disney on even the most crowded of days in the parks.

Collin Kendall - April 1, 2019
by: guide4wdw - Collin 5 Amazing (yet simple) Experiences Most Disney World Guests Completely Overlook If you've read my articles here on the site before, it should come...