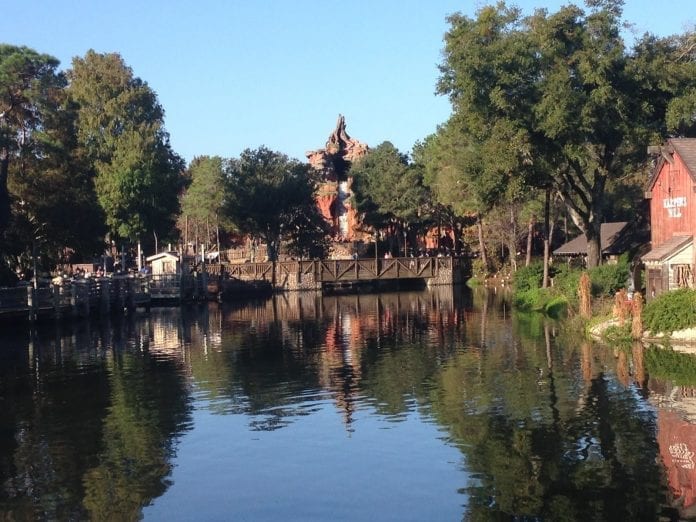 Today, I’m really going back to my early article “roots” (for lack of a better term) to take a look at one of the many Disney attraction concepts that could have become a reality, the “Western River Expedition.”


While many of these Disney history articles I enjoy sharing feature “lost” or even what I like to call “departed” attractions, today’s story is one that really never got the chance to capture the hearts and minds of guests in real life. The expedition was a concept that is and was the most popular attraction that never came to be. It was simply a concept, but not one similar to what we tend to experience today when Disney announces a new experience. No, this attraction design went far beyond a conceptual rendering and even captured a broad audience before it was all but scrapped from Walt Disney World’s future. In the late 1960’s and early 1970’s Disney Legend and Imagineer Marc Davis developed an idea for an incredibly elaborate Frontierland project that became known as Thunder Mesa. The project itself was one of the most aggressive and forward thinking designs the Disney company had ever considered for a theme park location. It would transport guests on the east coast out to the figurative “West” coast (implying the western United States) in a similar way to how imagineering brought the east coast pirate reality to the west coast through Pirates of the Caribbean.


However, when Walt Disney World debuted in October of 1971 there was a public outcry for a pirate attraction in Florida. While it wasn’t a part of the original plans, Imagineering met the guest demand and developed an iteration of the attraction we experience today. Sadly, this meant postponing the Thunder Mesa and Western River expedition plans in a round about way. Thankfully though, this isn’t where the story ends. The Western River Expedition concept continued on into development, along with the rest of the project, and developed into a potential “E-ticket” attraction (a reference to Disney’s early paper ticketed system where E-tickets were essentially reserved for the bigger or perhaps more popular experiences). Marc Davis put his heart into this project in a way that is vastly difficult to put into words without listening to him talk about it in interviews or reading about his influence on the project. After all the different setbacks of costs and the pirates demand, and so many others, he stuck with this project and kept bringing it to the forefront of Imagineering.


The attraction itself was set to be exceptionally similar in design (the same scene by scene story type) to pirates but with a western theming which drastically changed the underlying story of the attraction. Western River Expedition was a boat ride that would take you through a western town, a series of caverns, and even into the midst of a gun fight. It was set to be an action packed adventure complete with the elaborate early Disney parks story telling that was and is second to none. Davis put an incredible amount of work into developing this project creating some of the largest models ever developed in Imagineering (which cost an outrageous amount of money), and incorporating many lessons learned from his other work with the original Pirates of the Caribbean.


The project idea was pushed to the point where promotional material was developed, post cards were created and sold to guests, and an in-park display had been debuted to build anticipation for the projects debut. The in-park display was featured for quite some time at The Walt Disney Story on Main Street U.S.A. and featured a small scene from the attraction narrated by an animatronic owl named Hoot Gibson. The owl character was designed as a narrator for the attraction and would have played a role in the story. (Photo: Special Thanks to Steve Boutet)

Sadly, the project never came to be and was largely left as one of the most developed but never created Disney attraction concepts ever shared with the public. Western River Expedition was a small part of this potentially massive Thunder Mesa project and would have been housed in a show building encompassed by a grand facade. The full scale project would have covered a mass amount of modern day Frontierland and would follow along the train tracks wrapping around and overlooking a good portion of Tom Sawyer Island.


To me, that simple concept of the potential elevation of this project is one that’s always stood out as unique. When you think about it, Magic Kingdom is a relatively flat park. Of course you have the Astro Orbiter, Splash Mountain, and the Swiss Family Robinson treehouse, but all of those attractions offer a fleeting view of the parks from above. Today, we don’t have a Skyway or other “top-down” view of the parks (and I understand that is largely by design). This Thunder Mesa concept could have potentially provided just that. The attractions, trails, and general facade of this place could have created an entirely new perspective for the parks and a multi-faceted and multi-layered experience for guests. It would have been immersive on a grand scale, and while nobody knows exactly what would have become of that project if it was built, it’s fun to look back at what could have been.


Today, the greatest reference to Thunder Mesa can be found over at Disneyland Paris in a very loose manner, or even in the domestic parks in the form of Big Thunder Mountain Railroad and even small elements of Splash Mountain. Believe it or not, a few animatronic concepts even made their way over to Living With The Land (formerly Listen To The Land… anybody else remember/heard the song before??) at Epcot when it debuted to the public in 1982. You see, this attraction concept wasn’t simply an attraction, but rather the work of many many years that never played out to guests on the largest theme park stage in all the world. It was simply a concept, and a concept that just exhibits how much goes into the attractions we take for granted each and every time we go the parks. There’s a certain level of history behind every Disney attraction new and old. It’s the part of the experience that gets largely overlooked but is perhaps one of the most defining aspects of the Walt Disney World experience. Everything has a story and that story is what many of us continue coming back for time and time again. You can go to other theme parks to ride rides, but Disney not only tells a story in the attraction, but also creates history surrounding the attraction.


If you enjoyed this article, do me a huge favor and give it a like on Facebook or share it with your friends on a social media network. Your shares are what have allowed this site to grow in ways that I never would have imagined. I can’t thatk you enough for that.


Sharing these stories of Disney history are what really got my into all of this to begin with. It’s something that gets largely overlooked by a majority of guests, but is largely the reasoning behind the incredible experiences we get to share with friends and family every time we visit the parks. Again, thatks for being here and taking a few minutes out of your day to spend here with me. I truly appreciate it. I’ve said it once but I’ll keep saying it time and time again, I don’t like to be about the views, but you all have blown me away over the last few months.


I apologize for the lack of photos of the concept itself, but unfortunately everything I’ve found is copyrighted and cannot be shared. If you have images of your own you’d like us to add, feel free to let me know!