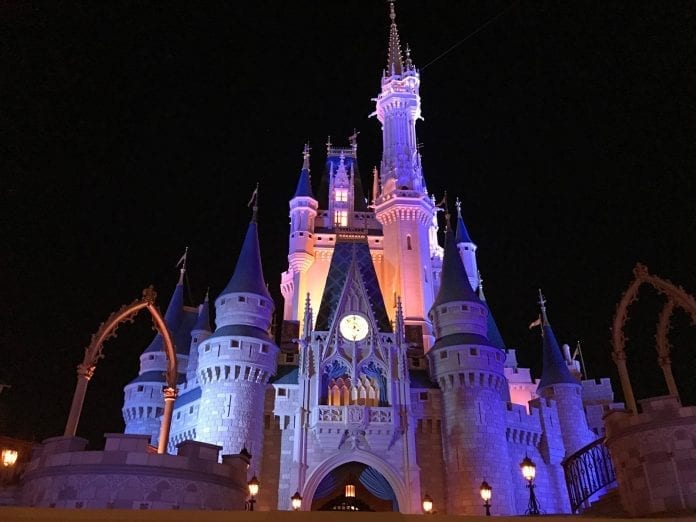 
The Magic Kingdom experience is truly second to none. However, when you really break it down, Fantasyland is one of the single most iconic aspects of the overall theme park experience. It’s a legendary land and one that really is a cut above the rest in the realm of theme park entertainment. From the dark rides, to the story elements, there are a vast amount of reasons why we enjoy Fantasyland, but here are 5 things that are near the top of our list!

The Height Limit
-Many of us have been touring the parks for many years. However, many of us overlook one detail of Fantasyland that is essentially fundamental to it’s original design, and that detail is the height limit. Believe it or not, up until the debut of Seven Dwarfs Mine Train in New Fantasyland, the area of the park did not have a height limit for any attraction. The concept stems from a variation of Walt’s original vision of a place where parents and kids can have fun together. By creating a place, and a truly immersive land that was intriguing, yet suitable for guests of all ages, the original dream was largely accomplished. It’s a small detail but one that vastly alters the state and feel of the of the entire Fantasyland experience. The Storytelling Theme
-When Walt Disney first developed the concept for a theme park, one of his greatest goals was to create a place that could bring the story of his films to life and eliminate the boundaries of the 2 dimensional film space. Fantasyland was his way (largely at Disneyland) to not only bring his stories to life but also to immerse guests in their favorite story and truly put them “into” the film.For the very first time, you could not only see the story but also play a role in it’s outcome in a way that had never been developed before. In my opinion, this is the heart and sole behind everything at Walt Disney World and one of the many things that puts Disney a cut above the rest.


The Carousel Backstory
-As one of perhaps the most overlooked stories in all of Walt Disney World, the Carousel has an elaborate backstory that transcends Walt Disney World itself. While I won’t bore you with all the details (since we covered all of that here), essentially the carousel is one of the very few liberty carousels still in existence and is the oldest true attraction (beyond the steam engines) in the Magic Kingdom. The Sounds of the Experience
-To quote a friend of mine (and many other Disney parks enthusiasts), Lou Mongello, sometimes it isn’t about what you see at Walt Disney World but sometimes about what you hear. He’s absolutely right in a variety of different ways. Fantasyland in particular is full of unique noises. From the pipe organs of the carousel, to the bell tower ringing high above the walkways, taking a moment to just take in all the noises of the experience can really change the perceived feel of the land. Oftentimes, guests shuffle throughout the parks and bounce from attraction to attraction without ever recognizing the sounds associated with the attractions. However, if you took those subtle noises away, the entire area would be lacking a since of authenticity which is largely why this is a seemingly small aspect of our list but also one of the most important elements. Taking Note of the Past
-As with any good Walt Disney World experience, the hidden elements of what you may not see in plain sight can certainly help develop a more immersive experience in the big picture. In this particular case, if you head over to The Many Adventures of Winnie The Pooh, right before you enter the queue you’ll find Mr. Sanders Tree. Just inside the small house connected to the tree, you’ll find a small green nautilus carved into the wood just above the inside of the doorway. Of course, as many of you may know, the nautilus refers to a “departed” attraction called 20,000 Leagues Under the Sea. The attraction was a guest favorite for many years, and while it later left the parks and was eventually replaced by the Seven Dwarfs Mine Train (after many years) Mr. Sanders tree occupied the space for a short time between the attractions. Of course, it was later relocated a few yards away to where it stands today. So, long story short, Disney and Imagineering created this simple tribute that many will overlook, but those who find it will be vastly impressed and appreciate the history behind it.

If you haven’t already, be sure to join the Guide4WDW Community  (clickable link) to stay up to date with all things Walt Disney World. Be the first to know about newly released resort discounts, the best ticket offers, and to stay in the loop with all things Guide4WDW. We appreciate you following along with us!

As an added bonus to today’s article, we’re unveiling a new partnership with The Official Ticket Center! If you’re looking for Disney (or any other Orlando park) tickets from an authorized seller, be sure to check them out. It is not our company, but it does help us out with some upkeep costs for the site when you purchase tickets through them. We appreciate the support! Just click the banners below to take a look at their site.

Collin Kendall - September 11, 2019
In many ways I'm not entirely sure why I called this a "guide" because perhaps the greatest point in this entire article is the...