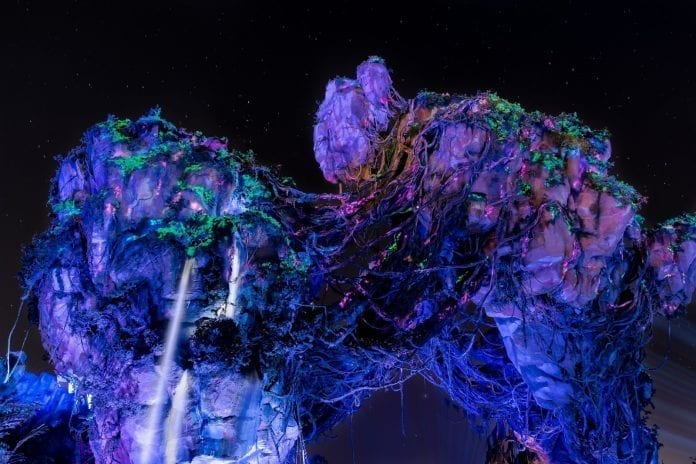 Today, I’m doing something that I hope to do more of here on the site from time to time, I’m revisiting an old topic to cover it in just a bit higher level of detail in light of more recent experiences. Recently, we had the opportunity to visit Pandora at Disney’s Animal Kingdom once again, but this time with a new group of individuals who had never seen the land before. While that in and of itself is an experience, it was incredibly helpful in covering today’s topic.
Today I’m bringing you an article that I know very few Disney writers have or are able to cover. It’s also a story I looked for myself for weeks before my first trip to Pandora (a short time after it debuted last year) and came up with no definitive answer. So, today, we’re taking a look at Pandora’s Flight of Passage attraction and the ins and outs of the attraction from a motion sickness perspective.
To add a quick backstory, personally, I struggle heavily with motion sickness. In a typical day  simply driving to and from the local store with another driver can become a problem quickly. Whenever I travel with friends, I always volunteer as the driver to avoid motion sickness. Strangely though, I can handle many Disney attractions. For example, my limit is typically around the Space Mountain level of “thrill” without feeling sick. I’ve never been able to do Star Tours without feeling awful afterwords, Rockin’ Roller Coaster is strictly a “no-go,” and Expedition Everest I have done once, but it wasn’t the best experience (I was fine, but really didn’t enjoy it). I know the question most people tend to ask is how Flight of Passage compares to Soarin’. After riding the attractions one day apart, I can honestly say there’s no true comparison between the two. Soarin’ is one of those attractions that on a typical day I’ll be fine unless I look around to the sides too much, then it tends to get to me. Also, it’s one of those attractions that tends not to bother you once you know what to expect. Flight of Passage honestly did not bother me. Yes, as many have said, it is a thrill ride, but the environment you’re in doesn’t expose you to the motion sickness as much as you would expect. Rather that a tight and confined space with little circulation, Flight of Passage features a constant breeze flowing past your “banshee” and at times even sprays a gentle mist over you as you flow through the experience all while remaining relatively stationary.

Opposed to the typical slight rolling action of Soarin’ or the slightly jerky nature of many coasters and Star Tours, Flight of Passage is a different movement type. Throughout the attraction, the “Banshee” (ride vehicle) emulates a type of hopping motion that probably rises and falls around 10-15 feet at most combined with tilts and sways as the on screen film is played in 3D. Of course Disney mixes up the motion according to the on screen projections and it is quite honestly a breathtaking experience to say the least. There is no true comparison to this attraction, but I will say I took a motion sickness medication at the start of that day, as did a guest traveling with us who gets horrible motion sickness, and neither one of us had serious problems. To be quite honest, I have felt worse in the past getting off of Dinosaur that I did this attraction. Fast forward to our March trip of 2018 and we found ourselves traveling with a friend that also gets motion sickness who has struggled with simulators (not unlike me) for many years. They got on the attraction with full expectations that it could bother them, but they were determined to see it and try it for themselves at least once. Upon exiting the ride they did mention that closing their eyes to remove the on screen perception of forward movement really helped them when they felt uncomfortable for a short amount of time during certain parts of the experience (If you’ve ridden it you can guess which parts but I wont ruin it for anyone who has yet to ride it). Even in that situation, as they walked out of the exit queue they had a smile on their face and were beyond happy that they rode this incredible attraction.

Unfortunately, there’s no way to guarantee you won’t get sick if you struggle with similar problems, but the three of us all agreed that it was more that worth the risk. Nothing truly compares to the crazy realism of the attraction. The second guest of the first trip (who also happens to be my father) did mention that he did not know if he would ride again, but was blown away by the experience and was glad that he took the chance and rode it at least once. Here’s my personal advice. If you can do Soarin’, Star Tours, Expedition Everest, Mission Space, or Rockin’ Rollercoaster, you should, at the very least, be able to get through the attraction without any problems. If you’re worried, take a motion sickness medication before you ride and that will likely solve a lot of your problems.

Something worth mentioning here at the end of this article (our May 2018 update), is that Disney has been passing out cards/pamphlets warning those with motion sickness not to partake in this attraction as you enter the queue. It also mentions certain medical conditions and circumstances that would prohibit you or that they advise against partaking in the attraction if they apply to you. Personally, I see this as a bit much for an attraction that I’ve never heard of someone getting physically sick on while partaking in the experience. My best guess is they learned they’re lesson in the early days of Mission Space and wanted to lay out all of the warnings. This attraction is no where near as intense as Mission Space and I will not even consider riding Mission Space during a trip to the parks. The entire set up of that attraction is not a good mix for motion sickness but Pandora is entirely different and isn’t quite was restricting as the capsules guests are put in for Mission Space.

Pandora, at least in my opinion, is a freeing experience. It’s hyper realism is unparalleled and, for the briefest of moments, you’re soaring over Pandora and you just feel free! (Did anybody else’s mind just go straight to The Shawshank Redemption while reading that… nope… just me? — In your best Morgan Freemen Voice, “and for the briefest of moments, every last man in Shawshank felt free.”— but I digress) You are flying on the back of a Banshee soaring over Pandora in a way that is indescribable in words. You have to see it to believe it, and you wont be disappointed. 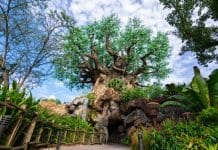 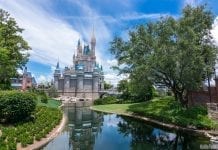 Collin Kendall - November 8, 2018
by: guide4wdw - Collin Our Ideal 1-Day Itinerary for Disney's Hollywood Studios  If you're looking to visit Hollywood Studios, our 1-Day itinerary provides a guide to...