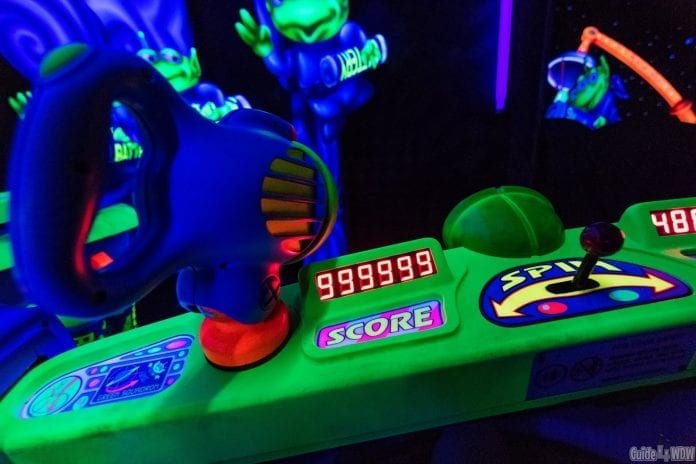 How To Become A Galactic Hero at Buzz Lightyear’s Space Ranger Spin!

Today’s article is one I’ve debated sharing for quite some time, but after receiving a few questions and comments about my “Galactic Hero” sticker while touring the parks, I thought I’d go ahead and share a few details! This likely goes without being said but there will be spoilers (of sorts) in this post and possibly a few things you may or may not want to know. On the other side of things, these simple tips should get you from an average score on the attraction to maxing out your ride vehicle almost every ride! Instead of just talking around it, let’s dive right in with a few tips to help you max out that score! 1. Aim For The Robot Arm

At first this sounds like a ridiculous tip but as soon as you round that first corner and slowly make your way up the hill in the first room, spin your vehicle around the the left. If you do the opposite of most guests, who turn to the right hand side almost immediately, you’ll set yourself up for a good angle to hit one of the most rewarding targets on the inside of the giant orange robots left arm. Each hit in the center of the “Z” will rack up an astonishing 100,000 points! using this target alone it is possible to leave the first room with a maxed out score!

As you enter the largest room of the experience, you’ll see a large volcano shaped object in the back of the room on the far wall (it’s spewing green goo). Avoid the other targets and set your sites on the volcano “Z’s.” They are some of the highest point value targets you can hit in the room and they are also some of the only targets you can hit from nearly any portion of the room. Point your laser right at the “Z” and plant it there until you round the corner into the next room. If you’re steady and can repeatedly hit the center of the target you’ll be surprised how many points you can rack up before exiting this particular stage of the attraction! To throw in one extra tip, press and hold the button on your blaster for continuous fire without having to let up! 3. The Most Overlooked Scoring Spot

In my opinion this is the most overlooked scoring opportunity of the entire attraction. Everyone rides into the room with all the pop up targets and automatically aims for the moving targets. However, if you spin your vehicle around, you’ll see a large Zurg and just below it there will be a single “Z.” The target is fairly difficult to hit due to the design of the laser holders but if you can hit it early on in the room or late as you exit the room each center hit is 100,000 and is your best point value opportunity for the latter part of the attraction. You do have to move fairly quick to get this one in time without the angle starting to work against you as your vehicle moves. Act fast and you can really gain some points here!

One last tip is that as you leave this portion of the ride through, spin your vehicle around and shoot targets in the room you just left as you enter the giant projection based scene. At this point you should already be maxed out at 999,999 do to the tip above, but if you still need a few more points to cap off your score, there’s one final room. I’ve never found a super high value target in the last room, but if you aim below Zurg one final time you should secure those last few points you may need!

At the end of the attraction, if you max out your score, be sure to make a quick stop at the counter before heading back out to the park. If you ask nicely, typically the kind cast members behind the counter will give you a sticker and you’ll be known as a Galactic Hero for the day! You’ll get questions and congrats from cast members all day and it really makes for a special way to cap off your first or 100th finish with a maxed out score of 999,999.

Now you know the secrets (or at least a few of them) so next time you’re in the parks, see what you can do and try to rack up that “perfect” score and leave a hero! 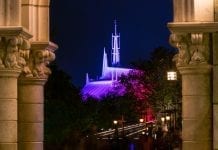 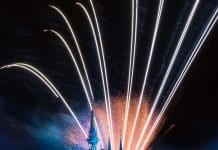 What to Expect at Disney World in 2021 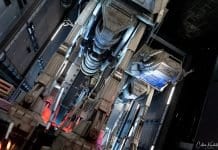