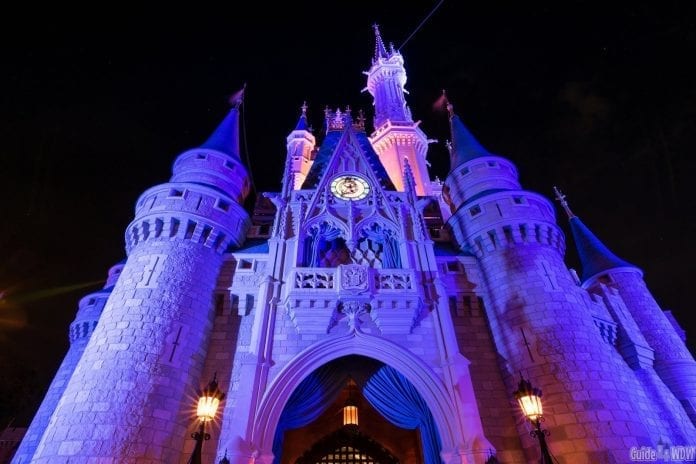 Over the years, so many attractions have become “classics” in the Disney Parks online community and often times the same attractions grow in popularity among a very select group of guests. Almost ironically, many of the attractions so many of us “die hard” Disney fans have grown to love are the attractions first time and many returning guests completely overlook.
Rather that simply rattling off what I see as “underrated attractions,” today I’m taking things a little farther and sharing the underrated Disney World attractions that I think could use an update. I will readily admit that many of these attractions are on this list because of their nostalgic role in the parks for me personally. In a similarly way, so many of them have an incredible amount of potential and if an update was developed, these more underrated attractions may return to popularity or even grow to popularity over time.
I do share this article with a touch of hesitation though. So many of the attractions on this list have become our go-to spots for crowded days in the parks and giving away those “hidden gems” of the park is somewhat difficult to do. On the other hand, Disney is notorious for removing or vastly altering attractions to entirely new themes when they don’t draw what’s deemed “necessary” numbers. So, perhaps to rationalize sharing these underrated attractions, I have to think of all of this from the second perspective. If you can draw crowds back to classic attractions with new additions or even new technologies it could be a way to lengthen their time in the parks in the grand scheme of Walt Disney World entertainment. 1. Living With the Land

Living With the Land is one of those classic Epcot attractions that encompass the original concept of the park while remaining entertaining for years on end. However, I don’t think I’m alone when I say that this attraction needs a face lift. Personally, the slow pace and slightly droning introductory scenes before the greenhouse is unveiled to guests could stay (and I’d be perfectly happy with that), but the videos playing on the screens right before the greenhouse portion of the attraction desperately need an update.

When you float into a scene and the scientists on screen are wearing those 80’s fish bowl glasses and the footage looks like it was filmed with somebody’s razor flip phone (we all know you had one of those!), it’s time for a change. Living with the Land is an outstanding attraction and is an incredibly high volume attraction. Even during peak times, waits rarely reach much over 30-40 minutes and most of the morning it tends to be a walk on.

A simple update of the videos, or even an animatronics update could be a huge jump for this attraction. Don’t change the story, or even the sequence, but if Disney would add a few updates this could become even more popular, especially with first time guests.

Tom Sawyer Island is my “soap box” for so many different reasons. It is a place in the parks that is so vastly under-appreciated it blows my mind. Right now, it is the perfect escape from the crowds and a near ideal place to feel like you’re in the Magic Kingdom that existed years ago before the crowds grew to the levels that they are at today. The hidden spots to explore and the story the island holds is more impressive that guests expect at a first glance. To me, the ideal way to bring more life back to the island is to bring back Aunt Polly’s with a real menu of food.

I’ve been asking for this dining location to reopen for years on end. Will it happen? Probably not… due to all kinds of logistical nightmares. In my onion, if you could open the restaurant with real counter service food rather that the grab and go style food that popped up in 2015,  it could be a huge hit with guests and drive a ton of foot traffic to Tom Sawyer Island.

In an ideal world, I could picture a quaint waterfront table service dining location tucked away on the second island (which currently holds Fort Langhorn). The Fort is the ultimate hidden gem of Magic Kingdom but the last four of five times I’ve been on Tom Sawyer Island, it hasn’t even been open. If Disney could find a way to make it feasible and transform that area into a quaint table service dining location, the reservation wait list would never end! The views would be incredible for waterfront dining on all four sides and if built carefully you could fill the island and create a spectacular nighttime experience. Is this wishful thinking? Absolutely!

Once again, I don’t think I’m alone in thinking a Monorail update is way overdue. The update should be coming sooner rather that later, and I don’t think it’s a stretch to say that automated Monorails could be a part of the update if they can work out the kinks.
As many of you are likely aware, the Monorails are quite literally falling apart and have done so with guests aboard quite a few times in the last year alone.

If an update does arrive, I personally hope for two things: 1. Keep them relatively classic – 2. make them slightly futuristic. Those two points represent an oxymoron at it’s finest, but the classic Monorail design has always looked like the future that never quite arrived. At first, Monorails were though of as transportation of the future. Today, an updated design could meet and exceed even the most lofty expectations. If Imagineering could implement an LED lighting design, similar to a “Tron-esque” light cycle glow, the new Monorail could be mind blowing while retaining that classic look and feel. New Monorails may never arrive, but their development could make all the difference!

Sea Base Alpha, better known as the Living Seas Pavilion today (or even as The Seas with Nemo and Friends) is in need of a subtle refurbishment. The blue-ish green walls, the drab carpet, and typically broken escalators aren’t the best way to promote an ideal guest experience in my opinion. A drastic update isn’t necessary but adding in a few new touches, new experiences, or even a slight face lift could make all the difference. The tanks and aquatic life are truly incredible and guests who learn about all the pavilion has to offer tend to return time and time again. You could literally spend hours in the aquarium portion of the pavilion on a warm summer day. If you’ve never been, be sure to take a few minutes to make the journey up the stairs to view the massive circular tank (which in the mid 80’s was the largest saltwater tank in the world!). You wont be disappointed!

I will be the first to admit, when Philharmagic first opened, it was mind blowing. The effects were spot on, the glasses were brand new, and the 3D technology built into the show was well before its time. Fast forward to 2019 and unfortunately it’s not near as impressive as it once was. The scents, water effects, and lighting effects aren’t always working well and overall it simply needs some help.

I understand that sounds like a nit picky complaint but I don’t intend for it to be that way. Even with 3D becoming far more mainstream that it once was, Philharmagic is still consistently a “must-do” attraction for us. It’s a show I think every guest should see at least one time and with a typical wait time of less that 15 minutes, it’s well worth your time!

If you want or simply need a little bit of planning help to make your Disney vacation dream a reality, check out the quote request form below this article for our friends over at Destinations to Travel. They’ll let you do as much or as little of the planning as you’d like and may even save you some money along the way! As always, thanks for supporting those who support us.

Collin Kendall - February 14, 2021
You all know that I don't write quite as much as I used to. To be real and up front, it's simply different than...