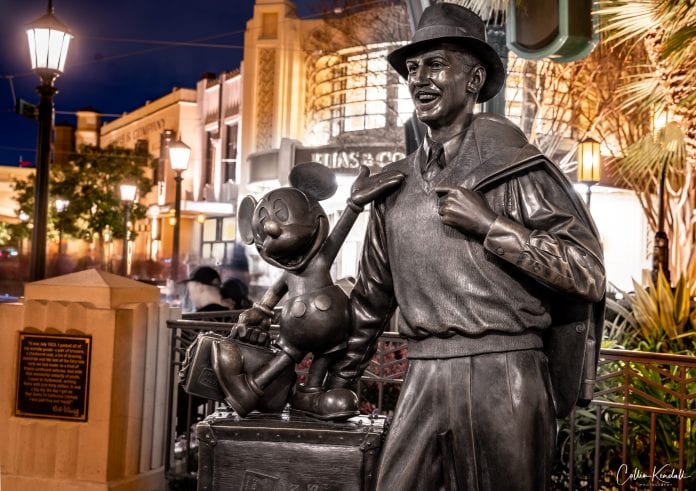 I can’t help but imagine how this could be the beginning of a new era of Disney Theme Park Entertainment.

Before you skip scene, head back to your life, and write me off as crazy… pause for a minute. The last major shakeup Walt Disney World had was during a crisis situation and a massive downturn in tourism following the unfortunate and horrific events of 9/11.

While this situation we face today is very, very, different, in many ways it isn’t. It pauses travel, invokes a level of fear, and perhaps, most notably… it forces Disney to change their way of doing business. It doesn’t matter if they want to, but rather they have to.

As much as I we tend hope and tend to think things will return to the way they once were, it’s often more important to note what can be learned and improved upon as a result of the situation they, and in turn we, are facing.

For better or for worse we’re seeing changes to fastpass and My Disney Experience as we know it. I think it’s only logical (and Disney has casually mentioned) to think that the fastpass system we once knew may have to be adapted to a new way of doing things.

Nonetheless, and setting other specifics aside, Disney has an immense burden and an immense opportunity as a company right now. For better or for worse on behalf of the guests, and the cast members that make these parks what they are, change is inevitable. I would hazard a guess that the Disney we experience in the next 2 to 5 years will be vastly different than the one we experienced yesterday, or even today.

Change, no matter how forced it is, we have to realize happens for a reason. Some may believe that change is a burden. Heck, the vast majority of us despise change. But, and most importantly, the greatest blessings in life tend to be on the other side of a difficult situation that we’ve been forced to confront in life.

There’s no greater example of this than Walt himself. Before Walt hit it big with Disneyland and even the studio, he faced near bankruptcy, immense loss, and literally turned his life around with a few dollars and a sketch on a train.

Now, I mention all of this for a reason. Life, and even my life in particular, isn’t what I would have imagined it to be 6 months ago. No one has escaped that reality. We are living in a very different world than we did a few short months back. However, the greatest opportunities in history (and in life) arise when adversity is overcome. So much of society functions on the basis of challenges being overcome. Every new invention solves a problem, every tech device improves generationally to better our lives, and in a similar way our lives can improve in drastic ways after overcoming some of these difficult situations. The Disney company is no different.

The Disney experience we know and love will change drastically and likely rather quickly (in my opinion) over the next few years. Tech usage, reservation systems, cost structure, and likely so much more will be different but I encourage you to remember one thing.

It’s easy to forget why we walk down Main Street time and time again. We step through the gates, scan our ticket, crowd around our friends and loved ones, and we step under that train station because those are the moments that you never forget. It’s not the place, it’s not the attractions, it’s not any particular show. It’s all about the simple joy of standing, smiling, laughing, making jokes, and ultimately creating memories with those people we care about more than anything.

Please, never lose site of that goal. The reason for “Why we go to Disney?” used to befuddle me when the question was posed. Now, the answer is a little simpler. We go because we want memories of a happy place with the people that surround us and make life worth living. Pieces of Disney will come and go, but those memories, those laughs, and most importantly those people, will never leave our minds.

I’ll leave you with one last thing. Walt once said “…it takes people to make a dream a reality.” While he was talking about cast, I think he’d tend to agree that often times the people that make your individual dreams a reality are the people you bring with you and surround yourself with in life. That reality is what matters more than any change or any global situation we all face.

As I like to say, caring about people matters, and there’s no better example than spending time with those you care the most about at Walt Disney World and the Disney Parks. The people make our dreams and best memories in life a reality. Nothing can ever change that.

Looking to Travel at the Moment?

If you want or simply need a little bit of planning help to make your Disney vacation dream a reality, check out the quote request form below this article from our friends over at Destinations to Travel. They’ll let you do as much or as little of the planning as you’d like and may even save you some money along the way! As always, thanks for supporting those who support us. As an added bonus, they will work with you when unexpected things arise during your trip or before your journey to the parks. That help can be invaluable when booking or if a flight gets canceled or other oddity pops up.

Need Something to Do on Your Thursday Night? – Come Talk Disney With Us on the LIVE After Hours Show!

Every Thursday night at 9pm ET you can find me and a few friends over on Facebook broadcasting live and talking Disney. You might even get the chance to win a prize from the parks! If you want to join us and join this awesome growing live streaming community of Disney fans, like our show page to be notified when we go live! We can’t wait to see you there! Tap the photo below to join us! 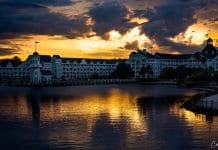 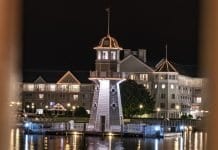 What’s Been On My Mind – Figuring Things Out

Collin Kendall - April 1, 2019
by: guide4wdw - Collin 5 Amazing (yet simple) Experiences Most Disney World Guests Completely Overlook If you've read my articles here on the site before, it should come...