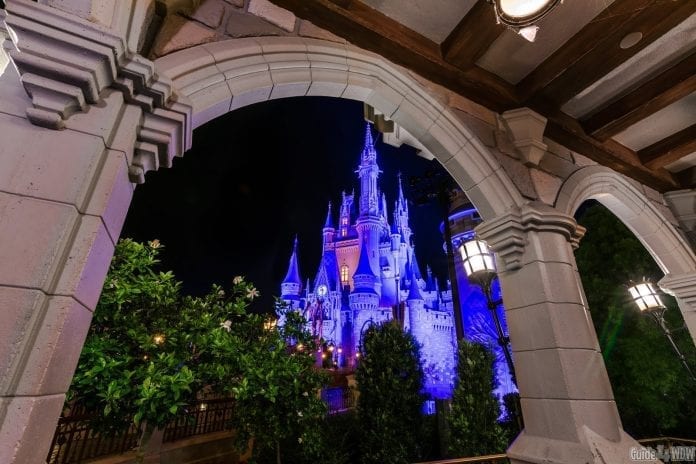 Today is going to be a touch different that our normal posts for a variety of reasons but mostly because I want to take today to say thatks. Before the question arises, I just want to say the site isn’t going anywhere anytime soon (at least I hope not) and this is more of milestone for us that anything else. And by us, I don’t only mean me and Caitlin, but also all of you.

Just short of 2 years ago I started this site in the wake of my book The Adventurers Guide to Walt Disney World. Once the book was published, unfortunately just as with any guidebook it was essentially outdated before it even went into print. You can still find the title on Amazon and truthfully I’m still proud of that book and what lies beneath the cover. It’s full of little hidden gems but unfortunately suffered the same setbacks that most guidebooks face in that Walt Disney World is always changing and a book really can’t change with the times. That’s where the website came in. I’ll happily admit that the book wasn’t much of a success in a monetary regard, but it set the stage for what was next and what you see and experience today. Long story made short, a few short days ago, after almost 2 years as a website and writing on Guide4WDW.com, we’ve officially reached 1 Million page views. Sure, it took us almost two years to get to this point, but it’s a journey I wouldn’t have traded for anything and honestly one that I never expected. The first post here received 284 views in August of 2016 and most of those views likely came well after that post was written. At that point it blew my mind that people even found the site and much less were interested in anything I had to say. Today is obviously quite a bit different but those same exceeded expectations remain the same. I heard a quote from a friend not too long ago and basically they said that “the views may seem insignificant in comparison (obviously we’ll never draw views like people magazine or something like that), but if 2,000+ people showed on your doorstop every day you created content, wouldn’t it blow you away?” That’s when things were put in perspective for me, especially in the case of this 1 Million number.  It’s truly inconceivable to me that my content sparked enough interest in enough people (thatkfully with some repeat visitors!) to get anywhere close to that number.
However, a number is just that, a number. To me that means nothing more that the page it’s typed on. It’s about the relationships I’ve made and the people I’ve been able to get to know along the way. The people I’ve met and social media interactions I get to enjoy means more that any number on any page. As touched on above, this was never the plan. The book was ultimately a failure by all logical standards, but it was a step towards what was right and ultimately better in the end. It just put into perspective for me that you never know what the wrong step, in the wrong direction could turn into in the future.
Sometimes the steps you take in the wrong direction are the ones that define your future
That sounds bleak but those moments when you think things have gone all wrong you uncover the next step that takes you further that you ever expected.

I don’t know what’s next, but I owe all of this to you all. This is not the end and I appreciate each and every one of you that stopped by the site, helped me on this journey, or gave me a word of advice along the way. I appreciate you! Every like, every comment, every view means more to me that many of you will likely ever realize. It’s crazy to think that I have friends today (some of which I’ve never even met) that are somehow always there. If you told me two years ago I’d have friends all over the country and would have met what were at one point complete strangers in real life thatks to this site, I would have never believed you!

There’s really no way for me to say thatk you that will ever convey the blessing this has been in even a round about way. All I can say is thatk you and truly if there’s anything I can ever do to help you out along the way, do not hesitate to ask. Want me to write for your site? I’d be honored. Have a question about building your now site? Ask away! I will do whatever I can to answer your questions and do anything I can to help you all out along the way.

I wouldn’t be here without the help of those who encouraged me and pushed me to try new things and get out of my comfort zone in both large and small ways. If I could share one piece of advice to anyone in a similar situation it would be the same advice Lou Mongello gave me almost 3 years ago… If you believe in it, try it, because at the very least you can say you’ve done something that very few people have ever even attempted.

It’s crazy to think that the book was over three years ago when I started writing the first pages. Honestly, I was turned down by two publishers. One told me I had no “story” the other told me they liked the book but that it didn’t fit their current content. Truthfully I was crushed but knew there was something more to that book that what was solely in the content. I went ahead and self-published it during my freshman year of college knowing nothing about marketing and nothing about publishing or writing professionally. It wasn’t very successful, but do I regret it? Not in the least! I would do it all over tomorrow if I had to. Looking back it was the first of many stepping stones. It wasn’t a great success but a step in the right direction that I never expected. You see, this article isn’t intended to be one to brag on the accomplishment (no matter how small that accomplishment may be – and it’s really YOUR accomplishment, not mine!) but more to say thatks for this journey. Hopefully this is simply the next step in a continuous journey towards something bigger and better in the future. For now, we’re going to keep doing what we’re doing and I hope that you all will continue to keep following along with us!

Today, I want to leave you with one thing and it’s probably the only good non-Disney tip I can share. If you’ve ever considered trying something but were afraid of what could happen, try it! It may not end up how you expected it to, but it may be a decision you look back on years later wondering how you could have lived without the memories you’ve create along the way. If you’re passionate about something, try it! There will be hundreds of people that tell you your idea will never take off, or that you’ll never make any money doing it (I’m still working on that one lol), and you’ll have hateful comments to weed through time and time again. But at the same time you’ll have that one person or that select group of people that will be behind you and support even your most exaggerated idea. If you truly love what you’re doing you’ll find a way to make it work and the result may exceed your wildest expectations. 1 Million pageviews isn’t much in the grand scheme of things in the media world, but it struck me with somewhat of a shock today and I had to share a few thoughts and take a moment simply to say thatks in the only way I knew how.

Again, thatk you and I really appreciate the opportunity to share a few thoughts and tips with you all along the way. Times may change but my goal will always be to bring a smile into your day in one way or another. Everybody needs something to smile about each day in this world we live in and if I can provide that for even one person per day, it’s all worth it!

Try something new, take that first step, and the story that unfolds in your life due to  the people supporting you will exceed your wildest expectations.

Collin Kendall - August 27, 2020
So, at this point, if you follow me on social media you likely know that I've started doing a little show called "After Hours...